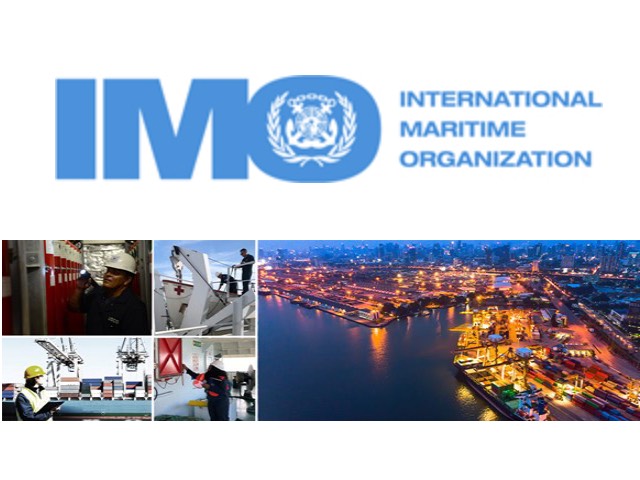 The port State control (PSC) regimes which carry out inspections onboard ships to monitor and enforce compliance with international regulations have highlighted their commitment to ensuring shipping continues to trade safely, securely and efficiently during the coronavirus pandemic, while respecting the important role of seafarers as key workers and protecting the environment.

Representatives of the 10 Port State Control regimes which cover the world’s oceans met on Wednesday (8 April) in an online video meeting called by the International Maritime Organization (IMO).

The port State control regimes reported that while the number of physical on-board ship inspections has reduced considerably, in order to protect both port State control officers and seafarers, the regimes continue to work to target high-risk ships which may be substandard.

The port State control regimes reported taking a “pragmatic, practical and flexible” approach, recognizing that exemptions, waivers and extensions to certificates have been granted by many flag States. The PSC regimes expressed a general desire for such practices to be standardized and harmonized.

The PSC regimes agreed on the need to work together to develop harmonized port State control practices and policies to ensure a consistent approach across the world and also welcomed the coordinating role of IMO.

Many IMO Member States, as flag States, have communicated information to IMO on their guidance in relation to certificate extensions and related matters (available on the IMO page here). Some of the port State control regimes have already issued guidance and information on conducting ship inspections during the COVD-19 pandemic. These will also be shared on the IMO website.

IMO Secretary-General Kitack Lim reiterated his message that the maritime industry continues to be a vital artery for the global economy and highlighted the need for all involved to work collaboratively to address practical issues caused by the unprecedented global situation. He welcomed the prevailing spirit of cooperation, collaboration and solidarity in these challenging times – when shipping is more important than ever in the global supply chain.

In a joint statement, the port State control regimes and IMO highlighted the unprecedented impact of the COVID-19 crisis and recognized the need to maintain crucial sea trade supply chains, including the flow of vital medical supplies, critical agricultural products, and other goods and services.

“The respective roles of flag States and port States to solve this crisis, in terms of supporting maritime trade, are paramount, and can also be significantly assisted by the industry. At the same time, the safety of life at sea, the protection of the marine environment and the respect of seafarers as keyworkers must remain shared priorities,” the statement said.

On the invitation by the Secretary-General, the meeting on PSC inspections on during the COVID-19 pandemic was attended by representatives of the 10 Port State Control (PSC) regimes, namely the United States Coast Guard, the Viña del Mar Agreement and the Abuja, Black Sea, Caribbean, Indian Ocean, Mediterranean, Paris, Riyadh and Tokyo Memoranda of Understanding (MoUs) on port State control, as well as from the IMO Secretariat.

Coronavirus information for shipping and seafarers

Advice and information circulated by IMO, including information from Member States and recommendations issued by IMO, can be found on the page: http://www.imo.org/en/MediaCentre/HotTopics/Pages/Coronavirus.aspx

Port State Control (PSC) is the inspection of foreign flag ships in national ports to verify that the condition of the ship and its equipment comply with the requirements of international regulations and that the ship is manned and operated in compliance with these rules.

Many of IMO’s most important technical conventions contain provisions for ships to be inspected when they visit foreign ports to ensure that they meet IMO requirements.

These inspections were originally intended to be a back up to flag State implementation and experience has shown that they can be extremely effective as a second line of defense against sub-standard ship operations.