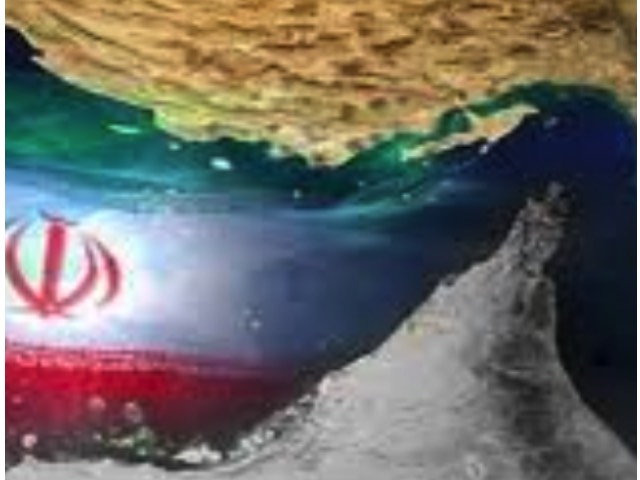 Reported maritime incidents in the Persian Gulf include descriptions of a cargo vessel being approached by two skiffs in the Strait of Hormuz on 27 Mar 20, as well as suggestions on 2 Apr 20 that IRGC(N) vessels approached a, 16nm SE of Abu Musa.

Dryad Global’s assessment of these two incidents stresses that they should be considered independent of one another, and not sequentially. The description of the incident with the US-flagged container ship on 27 March 20 refers to a ‘raised ladder’. This feature has not been verified, and would be highly irregular in terms of any previous maritime crime reporting in thi

s area. Furthermore, the location, isolated nature of this incident and lack of subsequent reporting would indicate that it was highly unlikely to have been an act of intended piracy.

With regards to the incident on the 02 April 20, Iran continues to have a strong presence in the Strait of Hormuz and in particular in the vicinity of

the Iranian TTW, and the areas claimed by Iran around the islands of Farsi, Abu Musa, Greater Tunb and Lesser Tunb. Iran has been responsible for conducting disruptive activity for quite some time, Dryad Global continues to assess that while the risks to Saudi and US vessels are higher than those to other flagged vessels, the risk to all vessels is LOW at this time.

Understanding the current issues Iran faces is vital to determining the regional security picture in the near future and to contextualise the maritime incidents reported in March and April. Iran currently faces three simultaneous threats to its stability in the short-term. The first, COVID-19, has impacted Iran more significantly than other nations in the Middle East. Iran has reported that 55,743 individuals have tested positive for COVID-19, and 3,452 deaths. The accuracy of these official figures has been questioned by some security sources, who have suggested the total death count at the time of publication may exceed 10,000. Whatever the true number, it is reasonable to say that Iranian society is straining under the pressure of COVID-19.

The second crisis Iran faces is the ongoing punitive economic impact of US sanctions. The effect of these sanctions on Iran recently prompted 24 senior diplomats and defence officials to urge President Trump to relax sanctions. In particular, sanctions on medical and humanitarian sectors are constraining Iran’s capacity to respond to COVID-19. The impact of sanctions is already forcing Iran to make compromises, and Iran has recently suggested some restricted economic activities may have to resume, despite the threat of COVID-19.

Lastly, the recent collapse in oil prices has also seriously impacted Iran and further constrained its economic options. Although Iranian export options are severely limited due to sanctions, Iran has thus far reduced the severity of the economic impact through its exports to China. However, with Brent crude oil prices remaining below USD $35 pb, the logic of retaining Iran as an illegitimate supplier is less clear.

These issues leave Iran little room for manoeuvre. Iran is struggling to constrain the spread of COVID-19. It is unlikely that President Trump will drop or reduce sanctions in the run up to the US election, particularly as he has faced strong criticism of his handling of the spread of COVID-19 in America. Additionally, if OPEC members cannot reach an agreement to cut production, oil prices are unlikely to rise and certainly not to the levels that would allow Iran to substantively address its budget deficit.

Most concerning for Iran is that each of these issues have the potential to compound one another. COVID-19 reduces economic output and reduced economic output decreases the capacity of Iran’s economy to survive amidst the current oil price drop. Conversely, if Tehran moves to address any of these issues individually this may exacerbate the situation – relaxing economic restrictions may widen the spread of COVID-19. The Iranian regime must confront several questions. Firstly, at what point might the cumulative effect of these issues pose an existential threat to the Iranian regime? And, if that threshold is reached, what mitigatory actions might be required and can be taken to stabilise Iran and solidify the regime’s hold on power?

A common assumption is that when facing multiple systemic pressures and growing internal unrest, Iran may take action which impacts on the wider region. This train of thought assumes that if faced with an existential threat, the Iranian regime would seek to shift internal animus towards an external ‘other’ and, secondly, that Iran believes such an action would drive up oil prices or prompt the US to reduce its sanctions. This reading of Iranian intent is clearly one which the US shares, and within the last week Iran has been quick to push back on President Trump’s claims that Iran is planning an attack on US bases in Iraq. Attempts to dispel this narrative are undermined by Iranian government officials referring to President Trump as ‘more dangerous than coronavirus’.

Iran’s first response could be to wait and see how unfolding events might influence its relationships with America. The impact of COVID-19 on President Trump’s re-election prospects have yet to be fully determined. Were he to lose the November election Iran may seek to ‘reset the table’ with the help of a presumably less bellicose occupant in the White House. This option , however, relies on the Iranian regime renaming intact for the next 7 months. This cannot be guaranteed under current circumstances.

Alternatively, Iran may seek to ‘reset the table’ itself. It is unlikely this would be one singular and spectacular event, but more likely would involve smaller scale activities aimed at incrementally increasing regional tensions. This strategy would largely mirror what was seen in 2019. Iran may seek to operate inside Iraq, such attacks have a clear recent track record and are easily achievable. Though it remains to be seen to what extent doing so would provoke the US. Iran could seek to conduct maritime attacks as route to raising oil prices; however, Dryad continues to assess that Iran does not possess the capacity or resolve to close the Strait of Hormuz. The increased international naval presences in the region, has likely reduced the capacity for the IRGC(N) to conduct conduct opportune attacks/approaches/detentions of vessels to the same degree as previous years.

As the narrative outlined so far makes clear, Iran’s options to address the threats it is facing to regime stability are limited, and the potential success of any response is no longer clear. Whilst this analytical perspective may appear muddled, it lends credence to the complexity of the issues. When nation states find themselves with no clear route to achieving their interests is usually when they are at their most dangerous, and it is increasingly clear that the international community needs to acknowledge that Iran is on the precipice of an existential crisis. Whilst it is unlikely that the current instability of the Iranian regime will dramatically alter the regional maritime security picture in the near term, there is the potential for escalation should the international community not manage the situation sensitively. Dryad remains committed to offering objective and real-time analysis of the issues facing Iran and the identification of the risks which might emerge before they become a critical issues which fundamentally alter the regional maritime security picture. 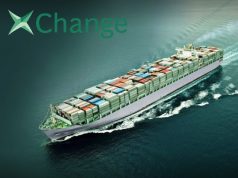