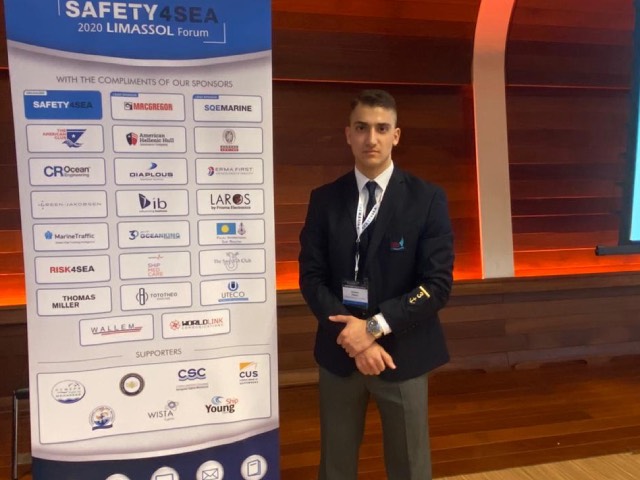 The change of the seafarers

The 2019-nCov Novel coronavirus has changed lives around the globe; facilities like ports, airports, and businesses are shutting down. Countries in Europe, Asia and America locked down their borders in order to fight the deadly disease that has been silently infecting and killing people with no exceptions. Covid-19 fears no borders, no races and has a major effect in the life of seafarers stuck onboard their vessels for longer than their contract.

The World Health Organization (WHO) issued a guideline for operational considerations for managing 2019-NCov Novel coronavirus, issuing cases and outbreaks onboard ships. Over 32 cruise ships and cargo vessels around the world have been affected by the coronavirus so far. A significant example is the of “Diamond Princess” cruise ship, carried approximately 3,700 passengers and crew. Among those 3,711 passengers and crew, 19.2%, 712 people, had positive test results for SARS- Cov-2.

More than 100,000 seafarers need and are waiting to switch crew on board the ships that they work, exposing them to a what is called “homesickness” which is a well-known problem within the shipping industry.  Seafarers must face a new challenge, new requirements and conditions in their everyday lives in order to fight the psychological and mental issues arising from the COVID-2019. They must also, be ready and capable to apply this change in their lives during these uncertain times.

As per the ship management and owning companies around the globe, are trying to find solutions to protect their seafarers and satisfy their customers during this pandemic, in order to continue uninterrupted operations.

Finally, since the beginning of “lockdown”, most of the countries around the globe have shut down their airports and closed their borders, to fight the wide-spread of the Virus. The Covid-19 coronavirus pandemic has hit over 140 countries and prompted many of their Governments to impose national or partial lockdown to combat the spread of the virus. A vital example is Cyprus. The Government of Cyprus decided to implement a lockdown in order to combat  the spread of the virus within the island.

Of course, the world has to deal with the uncertainty of the existing situation, of the virus, and estimate how virulent the outcome would be and what will be the commercial impact. The only close case, in order to estimate the outcome, is the SARS virus, from 2002-2003 which until now coronavirus has reached a dramatic level of impact in the global economy.

The oil price war between Saudi Arabia and Russia lead to an increase in oil production between the two countries. This war started when Saudi Arabia asked the Organization of the Petroleum Exporting Countries (OPEC) members (13 states) to cut their productions.

In the past Russia agreed to cut their production:

In December 2019, Russia and OPEC agreed to one of the deepest output cuts so far to prevent an oversupply in a deal that will be applied in the first quarter of 2020.

The OPEC presented an ultimatum to Russia to cut 1.5% of the global supply. In the meantime, where American’s shale oil production increase, the demand was rejected and the three-year partnerships of OPEC & NON-OPEC members were canceled.

Once the COVID-19 outbreak started, the demand for oil decreased, while simultaneously, the production was and still increasing. This prompted a Brent Crude Oil price crash of more than 30%.

According to ALBRA shipping Limited, VLCC period rates have moved up off the back of the increased oil supply caused by the combination of decreased demand due to COVID-19, OPEC+s ‘no deal’ and consequently the Saudi Arabia/ Russia oil price war, flooding the market with unprecedented volumes of crude.

This has a very good effect for VLCC ship owners which can be expect big turnovers.

For example Bahri company,tha national shipping carrier of Saudi Arabia, provisionally booked more than 24 VLCCs, paying freight costs as high much as 10 times more than the average earnings. While, a Greek vessel with Greek interests, build in 2012, has reached an income as high as 299.000$ per day. Also, the major Shell oil company announced that it had chartered three VLCC vessels for a period of 3 months for storage reasons only.

Due to the decrease of oil prices, the VLCC industry, is one of the few categories of vessels that did not face yet, any negative impact.

So, the question arises: Are human beings only affected by the COVID-19? Is the shipping industry indirectly exposed to this virus as well?

There is no single answer, possible yet but the shipping industry will be affected for sure. Seafarers are already exposed to the effects of this virus and will be more affected in the near future. Moreover, by the end of this pandemic, seafarers will face some difficulties in order to come back to the previous state of the industry and of their workplace, particularly their ‘routine’.

The shipping industry will significantly suffer both financially and economically due to this pandemic, and will need many efforts to avoid bankruptcy or any other dramatical impacts within the arena of the maritime world.

Wishing to all, during these uncertain times, health and safety.