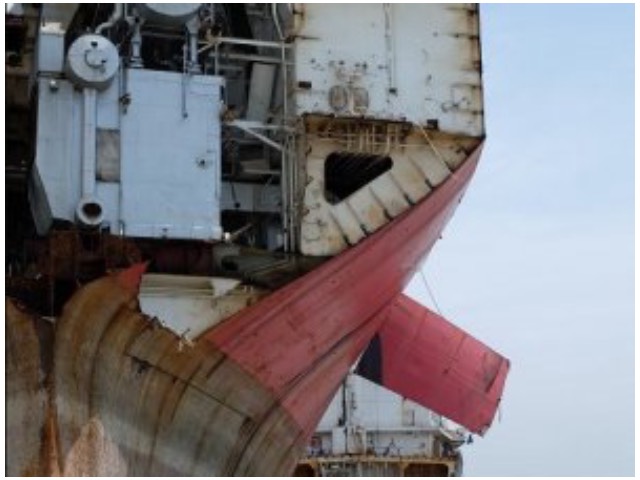 The coronavirus pandemic has practically paralysed the ship demolition market in South Asia as lockdown measures continue to be introduced across the subcontinent.

Pakistan suspended all beaching and boarding of vessels at Gadani ship recycling yards last week for a minimum period of four weeks. All ship recyclers have been instructed to strictly comply with these latest orders.

India has also ordered a suspension of recycling for all ships arriving at Alang whose last port departure was after March 13.

Those that departed a port earlier than March 13, will be allowed to arrive at Alang, however, foreign crews will be subject to a quarantine of 14 days at the port of arrival at Alang.

Cash buyer of ships for recycling GMS said that several ships have been detained at Alang anchorage this week, with authorities refusing to provide anchoring permissions.

Even those with Indian crew on board are going through rigorous medical checks, questioning, and procedures, before being allowed entry.

“As Pakistan and India close their doors on all foreign ships arriving (with India also canceling all international flights), the reality is that subcontinent recycling locations will remain quiet as long as the coronavirus crisis persists,” GMS said in its weekly market review.

“Global government efforts and the ongoing focus remains on fighting this virulent pandemic, and whilst shipping markets continue to struggle – this is certainly the least of the international communities’ concerns at present.”

It is no surprise that there is a lack of activity given the current market situation, however, interest from some buyers to acquire tonnage remains, Clarksons Platou Shipbroking said in its report last week.

“Several capesize bulkers continue to be discussed in the arena, but confidence from the cash buyers may restrict numbers placed on the negotiating tables. The market is not flush of cash buyers, several are reportedly facing difficulties with cash flow positions, and there is certainly more strain on those cash buyers active in the current climate.”

Clarksons added that with many ports adopting new restrictions, more owners will seek the ‘as is’ deal to avoid the last voyage to the recycling destinations – therefore it will be on the shoulders of the cash buyer to carry the burden of how they would dispose of the unit at a later stage.

The only subcontinent location that remains open at present is Bangladesh with several deals concluded this week, according to GMS, as owners scramble to finalize deals before an almost total global lockdown is eventually enforced.

Finally, Turkey is also expected to follow suit with the suspension of activities as vessels start to be turned away from Aliaga and reports of deals failing start to emerge, GMS believes.

“As European markets grind to a halt and a non-essential travel bans come into effect at various EU countries, it’s only a matter of time until Turkey follows suit. As such, this unintended closure, should it come into effect, may just be what the doctor ordered, given this markets plummet this week,” the cash buyer said.