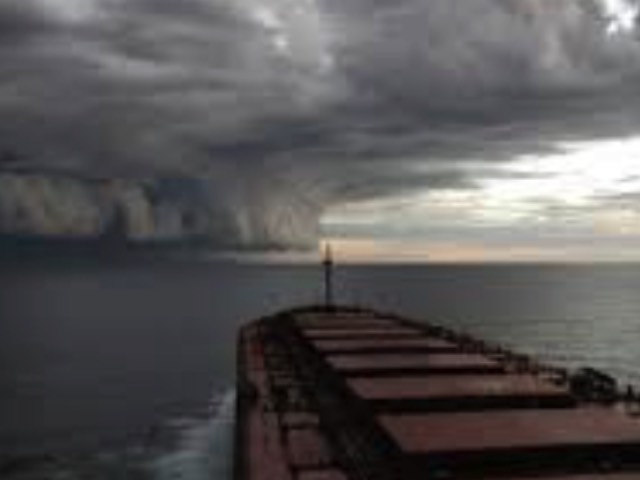 The emergence of COVID-19 as a severe global public health issue has created significant ramifications, including economic disruption and the threat of a global recession, logistical complexities, geopolitical considerations, and security issues. The shipping industry and maritime domain has not been insulated from these. It is expected that COVID-19 will be the defining threat trend of the year, which will shape commercial and security trends within shipping. During this period of instability, it is key that vessels, vessel owners and the maritime community rely on clear-headed, data-driven and reliable solutions, which will facilitate economic activity within this new reality.

West Africa is particularly vulnerable to rises in piracy, partly driven by a lack of effective mitigation strategies, and co-ordinated security responses to piracy and maritime crime remain embryonic across the region. Should, as is likely, COVID-19 spread throughout sub-Saharan Africa, overwhelming healthcare systems and becoming most states main priority, efforts to mitigate regional maritime crime in West Africa will likely be neglected. Therefore, with the heightened risk that security responses are hampered due to widespread infection, it is unlikely there will be a decrease in piracy incidents and a partial increase is eminently possible. Nigeria is likely to remain the epicentre of West African maritime security issues, with any downturn in vessel volume unlikely to alter the current trend.

Dryad currently assesses the likely impact of COVID-19 on piracy in the Indian Ocean as minimal. While there has been an increase in the number of reported incidents in the Gulf of Aden in 2020, none of these incidents have been confirmed as acts of piracy. The spread of COIVID-19 throughout the key risk areas in the Indian Ocean, is unlikely to significantly alter events or the security picture in the short to medium-term.

As states increasingly restrict the movement of citizens, trade is likely to be exacerbated in areas such as the Gulf of Guinea, Gulf of Aden, Red Sea, Gulf of Oman and the Malacca Strait, where black market activity has been observed in the past. The economic impact of COVID-19 on these areas is likely to lead to an increase in illicit maritime trading. The scale of COVID-19 infection in global maritime crime hotspots will likely determine the degree to which current social-economic problems are exacerbated by the crisis. Where there is evidence of longer-term economic impact then it is likely that there will be an increase in incidents.

As an industry, we should assume that the spread of COVID-19 will result in the recontextualization of the operational threat profile. As nation-states focus on their own internal affairs, it is likely that current geopolitical threats will fade for the time being.

However, this is not to suggest that the overall threat to vessels and personnel will reduce or disappear. Operational security may be negatively impacted by reductions in monitoring and enforcement capabilities, as organisations struggle with maintaining deployment commitments.

Pressure on the maritime industry resulting from complex geopolitical narratives, such as those seen with Iran in the Persian Gulf, which was a key driver of maritime instability in 2019, have likely reduced considerably for the coming months. However, Iran is currently grappling with issues resulting from ongoing economic isolation, global oversupply of oil and the struggle to contain COVID-19. Recent calls on the US to reduce sanctions to assist Iran in fighting the outbreak seem to have failed, with the US pressing ahead with sanctions on Chinese shipping companies transporting Iranian oil. Faced with potential economic collapse, Iran may feel compelled to act. It remains unlikely that Iran will yield to US sanction demands. Instead, in the medium and longer-term Iran may act to unlock and the currently low oil price, or the deadlock in sanctions. As Iran has shown, it holds significant asymmetric capability but is also well versed in brinkmanship. Where a stage was reached where the viability of Iran as a state and the preservation of the regime was in question, the risks of localised but significant incidents could increase sharply. Although, as past events tell us, any action by Iran will likely be preceded by a plethora of indicators and warnings, underscoring the need for accurate reporting.

Libya will likely come under increased strain as a result of COVID-19. Libya is vulnerable to the spread of disease as the nation and its healthcare system has been weakened by the ongoing conflict. If COVID-19 significantly spreads in Libya, then it is likely a reduction in fighting would be seen as manpower on both sides is degraded. The spread of the virus would likely result in little change in the fault lines of the conflict as both sides would fall back to their centres of gravity.

Fragile states with volatile domestic agendas are most likely to suffer violence and disorder in the short to medium term as COVID-19 spreads. Theft, looting, and general disorder will likely be a feature of many states. The frequency of these is highly likely to be exacerbated by a scarcity of resources to maintain order, as governments become overwhelmed by the spate of issues (such as pressures on health systems and surges in unemployment) that have been seen to accompany the spread of the disease.

As disorder and panic spreads, it is realistic to anticipate a rise in global migration from states which cannot sufficiently quarantine and lockdown infected regions. An area of particular concern is Libya, which has in recent years seen high levels of migration. With a breakdown in Libyan state administration a possible consequence of the pandemic, it is likely increasing numbers of potential migrants could feel they face improved odds in Europe. This in turn may increase the chances that vessels in the Mediterranean have to assist migrant vessels in distress, but would simultaneously raise the prospect of migrants who carry COVID-19 being a health concern to vessel crew.

Due to the rapidly developing nature of the pandemic, the global COVID-19 situation is ever-changing. Vessels which are security aware will still be able to trade, but to trade securely will require precise, real-time, data-driven solutions. The restrictions on travel COVID-19 has placed on the deployment of PMSC’s will not in itself lead to an escalation of risk, but contextually this trend will inform the security profile faced.

Dryad Global remains responsive and ready to facilitate clients needs in the complex weeks and months ahead. We remain committed to objective and data-focused assessments of risk. In the current operational climate, the increasingly discrete and localised nature of risk will intensify the demand for timely and accurate risk assessments. We stand primed to provide these solutions to the global maritime industry.