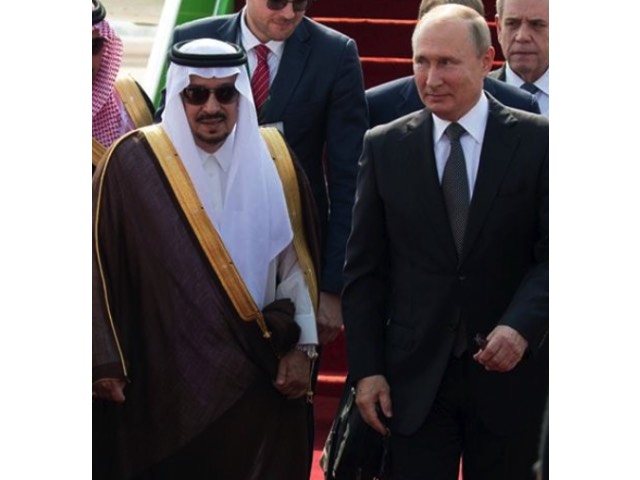 The Fallout Of The Ongoing Turmoil Is Likely To Have Serious Direct And Indirect Geopolitical Ramifications For Several Countries.

Saudi Arabia has initiated an oil price war following Russia’s refusal to participate in further OPEC talks. Consequently, Brent futures are facing their largest decline since the 1991 Gulf War. Saudi Arabia has increased output to over 10 million bpd, with a further threat to increase production to 12 million bpd. OPEC had suggested that they wanted to cut output in response to COVID-19 (Coronavirus), and also defend a price point of USD $60/Bbl. Russian state oil company, Rosneft PJSC, has suggested that it is primed to increase production within the next 30 days. Demand for oil has already been constrained significantly in recent weeks following the Coronavirus outbreak. Following these twin shocks, the world economy faces the consequence of further reductions in the price of oil. The threat of global recession has increased. The precipitous decline in price is likely to hit US shale producers and could result in the US becoming a net importer of oil for the first time in several months, albeit on a limited scale. If the decline in price persists, the Canadian oil sands, North Sea oil and other exploration projects could have significantly reduced commercial viability.

The themes driving the current oil crisis are likely to continue into the short term. Coronavirus will continue to pose a major threat to public health and the global economy. However, the Chinese economy is showing green shoots of recovery and stabilisation. Albeit this recovery will face ongoing challenges resulting from reduced demand from Western markets. Uncertainty and reduced demand are likely to remain constant throughout the Coronavirus crisis.

The fallout of the ongoing turmoil is likely to have serious direct and indirect geopolitical ramifications for several countries.

Libya is currently struggling due to a lack of oil output as a result of force majeure restrictions imposed upon the industry by the Eastern-based Libyan National Army (LNA). Output has fallen significantly, and a severe drop in income, for a state which relies on oil revenue, would be incendiary, and is already beginning cause strain on the provision of basic public services in Tripoli. A longer-term reduction in the Libyan government’s ability to fund its day to day operations would likely provide a renewed LNA with continued Russian support, albeit with a distinctive advantage. Further turmoil, where reduced prices compound ongoing internal issues, is likely to lead to additional decline in the Libyan oil sector, and a further deepening of the country’s political and military crisis.

The recent cut in oil prices has heightened prospects of regime change in Venezuela this year. President Maduro remained in power in 2019 despite a substantial collapse in oil production and exports. Russia and China were significant backers of the Maduro regime: the Russian company Rosneft, and China’s National Petroleum Corporation (CNPC), ensured a vital credit line for the regime. Internally, Maduro successfully held on to support from the military, allowing him to see off several challenges by his main rival, Juan Guaidó, the president of the opposition-controlled National Assembly. Faced with a prolonged downturn in oil price, both internal and external backing for Maduro is increasingly at risk. Economic pressure is highly likely to worsen the devastating poverty and food shortages throughout Venezuela. Maduro’s claim that he intends to return oil production to 2 million Bpd is highly dependent on the steady supply of skilled workforce (currently being sustained by Chevron under US sanctions waiver) and the ability of Maduro to retain his overseas backing. External backers, such as Russia and China, are likely to review the practicalities of their continuing support for Maduro in the face of increased pressures of their own. The continued involvement of Chevron (the last Western oil major in Venezuela) is dependent on continued waiver renewal by President Trump. Notably the US has recently extended sanctions to cover Rosneft, and whilst Venezuela remains an important strategic ally for Russia, the company’s global footprint and minority western shareholders, when combined with the price war with Saudi Arabia, could lead to the prioritisation of future economic performance over short term strategic gain.

Iran faces unique pressures, and it is not unthinkable that Saudi Arabia has taken its current actions with at least one eye on the situation in Iran. The combined forces of sanctions, a potential reduction in indirect oil revenues, and Iran’s continued efforts to contain the spread of Coronavirus, is likely to increase internal turmoil. As a rational state actor, Iran will always seek to consolidate its regional position to counterbalance what it sees as Saudi encirclement of its interests, as well as seeking to mute internal dissent. If the current situation continues in the longer term, there is an increased risk that Iran may seek to conduct actions within the region that could have the effect of unlocking the price of oil. Whilst Iranian oil remains heavily sanctioned, China has continued purchasing Iranian crude at what is likely a set yearly price. With reduced Chinese demand for oil, combined with a decreased market rate, the benefits of purchasing discounted oil from Iran begin to dwindle. Additionally, a lower price will make it increasingly difficult for Iran to position itself as a viable alternative to market rate oil purchases, for those states willing to face US sanctions.

With a sustained low oil price, the risks to fringe oil suppliers have increased: a continued low price makes it impossible for states, such as Iran, to offer themselves as viable sources of discounted oil and forces them out of the market. This could lead them to take more active and indeed extreme measures to shore up their economies or to hamper the activities of their geopolitical rivals. Consequently, there is a greater risk of wider regional instability in North Africa, the Middle East and South America.