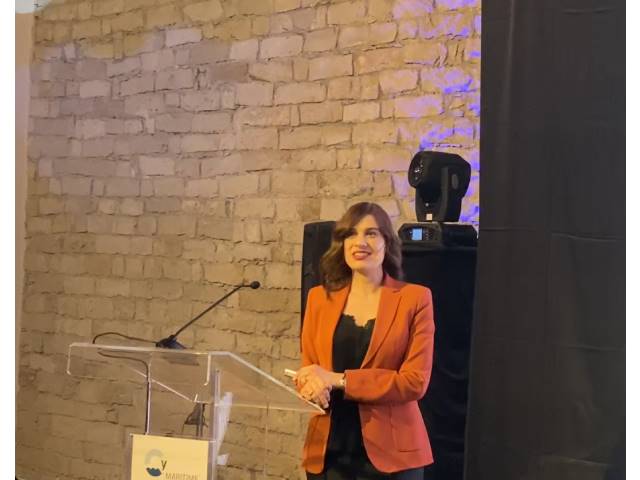 The shipping industry in Cyprus has been negatively affected by the worldwide spread of coronavirus, Deputy Minister for Shipping Natsasa Pilides said on Wednesday after she presented her annual report to President Nicos Anastasiades at the presidential palace.

“The virus has had a big economic impact on the industry, not only in Cyprus, but all over the world,” she said.

“Purchases and repairs of several ships have stopped as a consequence of the outbreak, it was inevitable. We are constantly in touch with shipping companies to advise them on the safety regulations they have to follow and on how to safeguard the health of their employees and their passengers,” she added.

Pilides said the industry was following the guidelines of the ministry of health and was conducting checks onboard ships entering Cypriot ports.

On another matter, she also said that the establishment of the shipping deputy ministry two years ago had helped ensuring a climate of stability in the country. Pilides referred specifically to the action plan aimed at further develop the Cypriot shipping sector.

Particular praise was given to the efforts made to ensure competitiveness in the market, through actions such as the transition to the digital age and the promotion of a blue growth strategy to support sustainable growth in the maritime sector as a whole.

Moreover, Pilides said that the upgrade of the Cyprus Registry, which came into effect in June 2019 and included the revision of its pricing policy and the simplification of ship registrations, was also a highlight of the past two years, as was the re-election of Cyprus to the council of the International Maritime Organization (IMO) for 2020 and 2021.

Finally, the establishment of a ferry link between Cyprus and Greece was deemed “a top priority for the maritime industry in the next months.”

The link between the two countries was the main topic of discussion during a meeting in Athens between Pilides and the Greek Minister of Tourism Haris Theoharis, which took place on February 17.

Pilides and Theoharis have agreed to especially expand and develop the cooperation between Cyprus and Greece regarding cruise tourism and said they are working on an official joint proposal regarding the possible ports and destinations along the link, which will be tabled to the European Union by the end of March.

The two ministers said they are also working on a tax framework that will allow the link to be cheaper than a plane ticket and economically sustainable at the same time. Pilides said there is interest from companies in Cyprus, Greece, Germany, Spain and other EU countries.

She also said the EU subsidy for the plan, vital for making it economically viable “will be given based on the agreed amount and the company’s profits but it is expected to be slightly over €5m.”