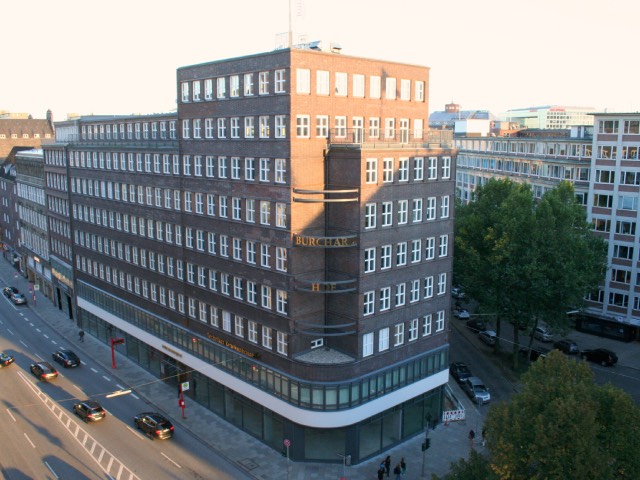 The German Shipowners’ Association (Verband Deutscher Reeder – VDR) released new figures on the situation of the German maritime shipping sector. On this occasion, President Alfred Hartmann and CEO Ralf Nagel also dealt with the topics of competitiveness and climate protection – the two key issues on the agenda of the German maritime shipping sector this year.

The figures show that Germany remains the world’s fifth biggest shipping nation with a 4.9 per cent share of the global maritime shipping fleet (down by 0.6 percentage points year- on-year). At the end of 2019, a total of 2,140 ships were registered in German shipping registers with a gross tonnage of 52.8 billion. “That’s 184 fewer ships or 4.7 million less in gross tonnage than a year earlier but still substantially more than when the global shipping boom began 20 years ago,” explained Alfred Hartmann. Also, in terms of total TEU, Germany is no longer the biggest nation in the container shipping sector: “The fact that China would overtake us in this respect was quite foreseeable: for one thing, the simple reason is that very much larger container ships are being built today; for another, this was to be expected in the wake of the long crisis after 2009,” said Hartmann.

Hartmann: “Nevertheless, meanwhile most shipping companies at least have a cautiously optimistic outlook for the future”. Following the crisis years and the partly painful process of coming to terms with them, today many are fortunate in focusing on the future and the challenges it holds in store. “Unfortunately, the earnings situation varies quite substantially and is volatile on top – depending on the industry segment, the shipping areas and partly also even daily events,” said the VDR President. He indicated, however, that the German fleet remained extremely versatile, offering high-tech products in particular thanks to the maritime expertise in their companies.

Today, to a significant extent (over 43%), the German fleet’s vessels sail under an EU flag, in particular Portugal, Cyprus and Malta. “During times where the idea of a unified continent has come under pressure, I also assess this as a commitment to Europe,” says Hartmann. 302 ships sail under the German flag. Antigua & Barbuda as well as Liberia, both highly acknowledged, so-called “white flag” countries featuring high safety and quality standards, remain the biggest individual flag states of the German fleet.

Despite the decline in the number of vessels, it has been possible to keep the number of crew members subject to mandatory social security cover more or less stable at 8,265 em- ployees. “This success story is also reflected in the vocational training figures,” said Hart- mann: 420 sea apprentices joined in 2019 and 249 signed up onshore, thus outstripping the previous year’s figures for employees on board.

Not only do the shipping companies compete fiercely with their counterparts based in Singapore, but also with neighbouring European countries like Denmark, Belgium or the Netherlands, which partly enjoy more favourable framework conditions as EU member states. “To be able to survive in the prevailing intense global competition, the shipping industry must be able to operate competitively from the location of Germany on an international scale,” said CEO Ralf Nagel: “We’re not interested in privileges, but simply in equal opportunities.”

He indicated that German shipping companies were faced with the immense challenge that they need to produce their services profitably with yields roughly at the same level as over 20 years ago. Nagel: “In particular, this is why Germany as a business location cannot afford to impose new taxes on its shipping companies as special burdens that exist nowhere throughout the world, as in the case of insurance tax charged on premium payments for ship insurance policies. This is particularly fatal because parts of the landscape of German shipping companies are developing into a ship management service industry, away from classic ownership,” explained Nagel.

The CEO said that not only should the tax relief currently granted in Germany for maritime shipping remain in force without fail in order to maintain the competitiveness of German maritime shipping; further detailed adjustments and extensions should also be provided. In particular, Nagel said that the tonnage tax meanwhile offered by all key shipping locations across the globe should be updated in accordance with the guidelines and directives prevailing in the EU: “We recommend that the tonnage tax relief already enacted in Denmark, the Netherlands and Norway should also apply to offshore vessels and activities in Germany. German shipping companies are increasingly making efforts to establish offshore wind farms and to transport the necessary material and skilled staff for operation and maintenance of facilities.”

Climate protection: time for solutions; the IMO should determine the course

About 90 per cent of all merchandise worldwide is transported by ship. Whereas global ship-borne trade has increased by over one third in the past ten years, the CO2 emissions by maritime shipping have declined by 18 per cent in the same period. “This shows that we’re obviously doing a great deal – and we want to do even more,” said President Hartmann. “When it comes to climate and environmental protection, shipping is on a more ambitious course than any other global industry. Our plan as an industry segment is to achieve the climate targets laid down by the IMO or even to exceed them if possible. However, to do so we will need a technological revolution. The point is that all efficiency measures implemented in ship construction alone will not be sufficient. We will need other fuels.”

Hartmann indicated that it was the responsibility of the International Maritime Organisation (IMO) of the United Nations to regulate the reduction of greenhouse gases discharged by international maritime shipping as this task cannot be assigned to the individual states. Hartmann: “This is why we need a highly skilled diplomatic European Union in London with strong negotiating skills that, in concert with other shipping locations, will contribute towards driving the ambitious objectives of the IMO on a global scale – in the interests of global climate protection and fair competition in our international industry. In contrast, separate regional solutions, for example in the EU, should be avoided. Their effect would be to distort competition, and ultimately they would not have a sufficient impact on the climate.”

The VDR President added: “This year, we plan to discuss quite specific short-term measures for CO2 reduction within the IMO, such as avoiding waiting times outside ports, optimising the speed of ships or extending the Energy Efficiency Index (EEDI) to include ships already sailing. A great deal still remains to be done.”

Hartmann’s conclusion: “The question regarding maritime shipping no longer is whether we want climate protection – the problem has been identified and we know that action needs to be taken. The most urgent question as far as we are concerned is: how can we achieve a sustainable reduction rather than only compensation – and achieve the goals stipulated by the IMO? What we are still lacking are the solutions; yet as far as the subject of fuels is concerned, these solutions partly are to be found outside the ambit of our industry.”