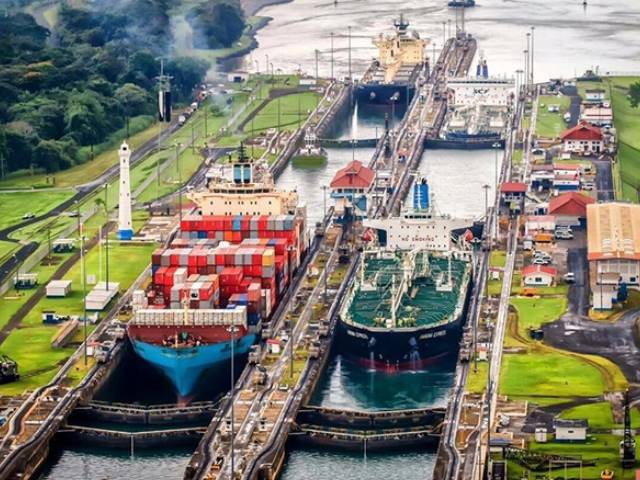 The implementation of new freshwater conservation surcharge at the Panama Canal on February 15 has doubled typical wait times for clean tankers at the Canal in recent weeks, and higher transit prices have started to incorporate into and increase long-haul freight for Medium Range tankers loading on the US Gulf Coast and steaming through the Canal.

Clean tanker owners in the Americas have said that increased costs for transit through the Panama Canal and massive delays for pre-booked and non pre-book tankers require that lump sum spot rates for routes loading on the USGC and discharging in West Coast South America and in Asia increase. To maintain their earnings at a sustainable level, Medium Range tanker owners have kept up bullish sentiment for those key routes in the past weeks, giving a small boost to freight out of the USGC region.

“You can see that everyone is pricing that in. No one wants to go that direction [through the Canal], and [freight] needs to be directed,” a shipowner said late last week.

A second shipowner said Wednesday that current pre-booking for an MR stands at around $25,000, which does not include the total cost of transit with fuel price, pilotage fees and other associate tolls. The same owner said that overall the total cost to transit through the Canal has increased $10,000-$15,000 since the implementation of the freshwater conservation surcharges.

Owners were reporting wait times at the Panama Canal as long as 8-10 days for ships that have already pre-booked, depending on the time of booking, while ships going through a natural transit can have to wait as long as two weeks. Previously, a typical delay at the Panama Canal for tankers were around 2-3 days, depending on seasonality and water levels. Current capacity for the pre-booking system is reportedly utilized at 100% with slots booked as early as two weeks in advance of the planned transit dates.

“Pre-booking slots are taken up until [March] 14th. If you are 100% sure of your itinerary and can pre-book that far in advance, then I assume some are doing that, but you have to arrive within a certain deadline or you forfeit your slot and your money, and you have to nominate the vessel to the canal in advance. So if you nominate the vessel and don’t go, you likely lose out on about $5,000,” a third shipowner said Tuesday.

The new freshwater conservation fees include three parts: the fee of $10,000 per transit for vessels with an overall length (LOA) over 300ft, which includes MR and clean Long Range 1 tankers, a variable component for the water level of the Gatun Lake at the time of booking and an itinerary creation fee that costs $5,000 per transit for tankers with beams between 91ft-107ft, which includes the MR and LR1 vessel classes. With the current water level of the Gatun Lakes at around 82.2 ft, according to reports from Tuesday, the variable water component would cost around 5.5% of the total transit fee.

The beginning of February saw MR freight rapidly decline in the Americas region, with arbitrages to Asia and Europe closed or barely open in February, according to Platts Analytics data. Additionally, a downtick in refinery utilization in the US and worldwide has seen fewer cargoes hitting the water for export out of the Gulf Coast, and available tonnage has been long in the USGC region for most of February due to the decrease in fixing activity.

Despite this, MR tanker rates have rallied this week, led by the long haul routes that route through the Panama Canal due to the higher transit costs and delays. The USGC-Chile route hit its lowest level February 12 at lump sum $1.2 million before the implementation of the freshwater surcharges, but has since rebounded to lump sum $1.525 million last traded Tuesday.