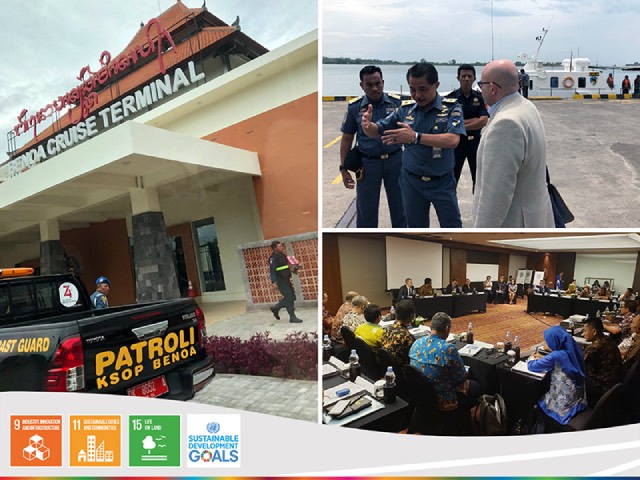 Maritime security threats are not solved at sea. The majority need to be primarily addressed ashore, with ports playing a key part in the solution. This is the basis of a new national workshop on maritime security risk management being piloted by IMO in Denpasar, Indonesia (17-21 February).

It is designed to help participants counter threats in the maritime domain, which include terrorist attacks, piracy and armed robbery as well as challenges of increased drug trafficking, smuggling of weapons, and migration. The solutions include putting appropriate protocols in place to secure access control to the port and the ships as part of security measures and risk assessments.

The training sets out that an important part of risk management as a whole is to correctly prioritize limited resources and available time, in order to take action to reduce the most important risks.

To help States manage and mitigate risks, IMO has developed appropriate rules and guidelines, including the SOLAS Convention and the ISPS Code* (find out more), supplemented by newer guidance in the IMO Guide to maritime security.

During the workshop, the new Benoa Sea Passenger Cruise Terminal was the site of an on-scene assessment conducted by participants. The event was co-organized with the governments of Indonesia, Australia and United Kingdom.