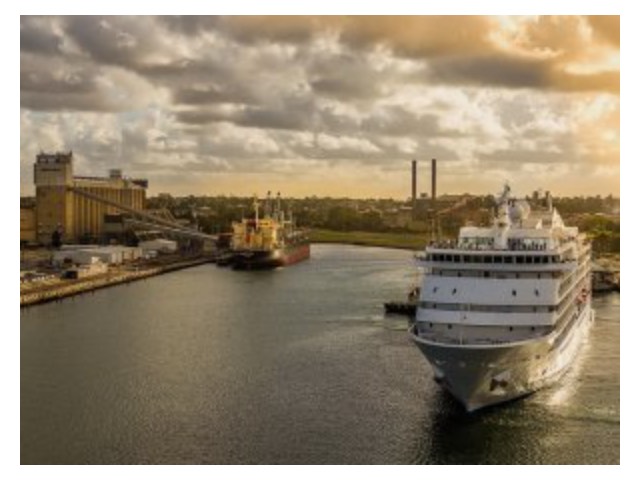 The Maritime Union of Australia claims that the Australian government has failed to implement adequate checks for coronavirus infections on vessels arriving at Australian ports.

The warning follows the release by the Federal Government of advice relating to the spread of the deadly coronavirus to key industries, including airline, border, and cruise workers.

“Our ports are a gateway to the country and not only provide access for freight but can provide an entry point for deadly disease and other biological security threats.

“Australian maritime and port workers are no strangers to being on the frontline of biological security and have been called upon time and again as a last-line-of-defence against biological threats coming through Australian ports.”

As informed, merchant vessels are required to self-declare any quarantine or biosecurity threats before arrival into Australia.

Unlike cruise ships, many don’t berth at major facilities and are only boarded by biosecurity agents after several other Australian workers have been in contact with the vessel and its crew.

Merchant vessels are unlikely to have a doctor onboard and the accurate diagnosis of a virus like the coronavirus could be left to untrained seafarers, the union said.

“Australians have a right to know what measures and protocols are being initiated by the Federal Government to properly identify and diagnose potentially infected foreign seafarers, from areas of concern, prior to entry into Australian ports,” Crumlin said.

“We need to know who is verifying that this is being done, what notifications are being given to ports prior to the vessels entry when there are suspected infections, what provisions are in place for the proper treatment of infected foreign seafarers, and what maritime and port workers can do to protect themselves against infection.

“Australian workers are going out onto to these vessels and having direct contact with foreign seafarers prior to them entering the port. Tugboat crews are receiving ships equipment that may have been in contact with infected seafarers. Linesman and other port workers all perform work with the vessel well before biosecurity agents will go up the gangway of a ship, if at all.

“It shouldn’t be left to these workers to provide Australia’s response to an international, viral threat.

“The MUA is urging the Federal Government and Agriculture Minister Bridget McKenzie, whose portfolio covers biosecurity, to immediately act and address the deficiencies in a system that allows foreign vessels to trade in and out of Australian ports, with little more than an email as proof that the vessel and its crew comply with biosecurity protocols.”

The international maritime community has started implementing numerous measures as a way of mitigating the potential spread of the coronavirus.

For example, the Maritime and Port Authority of Singapore (MPA) started carrying out temperature screening at all sea checkpoints, including ferry and cruise terminals, PSA Terminals and Jurong Port, for inbound travellers from January 24, 2020.

Kuwait’s hub for the export of crude, products and gas, Mina Al Ahmadi Port Authority has advised that vessels coming directly/last port/transiting from China are requested to provide a statement declaring if any crew onboard has a high temperature, sore throat, coughing or breathing difficulties.

These vessels are denied to have shore leave, disembarkation for off signers, supply of provision/bond stores or any other service provided until cleared by Quarantine (PMO) Authorities.

The majority of U.S. ports have issued marine safety information bulletins requiring additional reporting for vessels that have China among their last five ports of call. Additional reporting includes information on the health of the crew and reporting on potential interactions with individuals that might have exhibited symptoms similar to those of the coronavirus.

The Federal Transport Authority of the United Arab Emirates said that ships calling directly/last port/transiting from China are requested to provide the port authority a statement declaring if any crew onboard has a high temperature, sore throat, coughing or breathing difficulties.

“Ships calling direct/last port/transiting from China having crew with symptoms mentioned above will not be permitted to enter Fujairah Offshore Anchorage or Port of Fujairah until they get approval from the Harbour Master,” the statement reads.

The Namibian Ports Authority and South African ports have also issued guidance for ships aimed to prevent the spread of the coronavirus.

Durban Port Health has advised that all vessels arriving directly from China will be brought under quarantine as a precautionary measure to prevent the possible spread of infection due to the fact that carriers of the coronavirus can be asymptomatic.

Reporting on the last three ports of call. Security to also check with ISPS pre-arrival notification.

Upon boarding, Health Status of crew to be confirmed with the Master.

For high risk vessels (those that have been to China), boarding officers to wear face mask and gloves.

All off port limit crew from affected areas to be carefully screened – no crew to be taken off vessel without Port Health clearance.

Medical evacuations from vessels from affected areas to be screened by Port Health before the person is taken off the vessel.

Captain to confirm in writing stowaway sweep was conducted before departing last port. Stowaway search may be requested when alongside, at the vessel’s cost, using specialist companies whose staff have undergone Corona Virus Disease training and/or awareness.

Security to inform Port Control of any reported stowaways from vessels calling from affected areas. If reported, vessel must remain at anchor until cleared by Port Health for entry or advised otherwise.

Masters must report stowaways on board if vessel calling from an affected area. Vessel to remain at anchor until stowaways are examined and cleared by Port Health or otherwise advised.

Strict gangway watches to be maintained at all times.

All involved in evacuation of infected crew or stowaways must be trained by Port Health on Corona Virus.

Separate lists of vessels calling from Corona-affected areas to be maintained for record purposes.

All galley waste of vessels from affected areas to be incinerated and should not be accepted ashore.

If possible, contaminated vessels should be allocated an isolated berth away from other vessels.