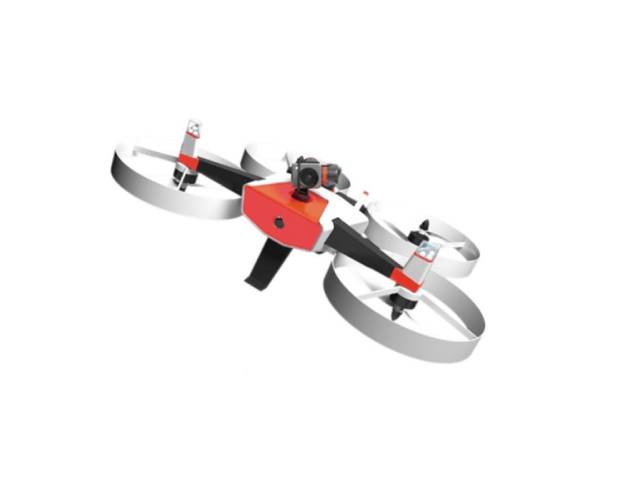 Regular inspection and maintenance of ships’ tanks to detect corrosion, cracks and other issues is essential to minimise permanent damage and avoid hefty costs. Human inspectors have traditionally entered tanks and examined them visually, but this can dangerous and expensive. New research indicates that autonomous drone-based surveys could offer a safer and more efficient alternative to ship tank inspection.

Increasing digitalisation is making way for the use of drones and unmanned vehicles for use in maritime environments. Drones offer a safe and more efficient way to carry out inspections onboard ships, but they still require a professional pilot and live surveyor and according to DNV GL’s Øyvind Smogeli, program director digital assurance, group technology and research, drones can be hard to manoeuvre.

Known as ADRASSO – Autonomous Drone-based Surveys of Ships in Operation, the project is specifically addressing the research inside ships’ tanks. According to Øyvind Smogeli, the project is, “addressing how we can take the ship inspection process many steps further.”

Speaking to journalists visiting the DNV GL firm in Trondheim, Norway last year, Mr Smogeli explained the motivation behind the project. “We wanted to improve the efficiency and safety of ship tank inspections, with the idea of having either a semi or fully autonomous drone that can manoeuvre alone and find its way around the ship tank without a professional pilot.”

The vision encompasses a drone that, “Will be able to detect cracks using computer vision, to deliver ultrasound thickness measurements using hyper-spectral imaging, with an AI or VR interface to help the surveyor easily see where the drone has been.”

The drone will work by flying itself into a ship’s cargo or ballast tank and use artificial intelligence to detect rust, cracks or poor coating conditions. It will also measure steel thickness and compare this with historical data to determine the development of rust and cracks. According to DNV GL, this could improve safety by reducing the number of human inspectors entering tanks, lower the cost of inspections by eliminating the need for scaffolding, improve efficiency due to less time needed for inspections, and ensure faster reporting and decision-making. Autonomous drone-based inspections could also reduce environmental impact by reducing the need for rafting, filling and emptying of polluted water.

Supporting the DNV GL led project is the Research Council of Norway (Forskinggradet). Several other organisations have also joined the project to develop different aspects of the autonomous drone.

Start-up Scout Drone Inspection is helping to develop the drone technology. Lack of GPS inside ships’ tanks means the company is working on triangulation and lidar technology for the drone’s navigation. According to Smogeli, the user interface of the drone technology is extremely important. “Scout Drone is building this with the idea that a surveyor or operator could start the drone, point it where they want it to go and it will start the inspection.”

Other project partners include Norsk Elektro Optikk (NEO), an expert in hyper-spectral imaging. They are currently determining how their current high-spec cameras weighing 30kg can be scaled down to fit on small drones. “The question is how to put such a small sensor on a drone that can go through a manhole and into the tank?”

Idletechs, experts in real-time processing of data screens, coating company Jotun who is helping DNV GL to understand the coating layer stuff, and Norwegian University of Science and Technology (NTNU) are also involved in the project.

DNV GL’s main focus in the project has been developing the machine learning algorithms that can detect cracks based on camera images.

Using hyper-spectral imaging, a technology currently not widely used in the maritime industry, DNV GL is able to gain a more in-depth look at what is going on inside ship structures.

A regular camera relies on three channels – red, green, and blue, also known as RGB, and a range of light that humans can see. With RGB, three approaches can be used to determine cracks (see figure 1).

In comparison, hyper-spectral light can use up to 300 channels and can access the infrared range, seeing far beyond what the human eye can. It can also see chemical or material compounds and can obtain images beneath coatings (see figure 2). “This is what we’re using it for,” Mr Smogeli confirmed. “We’re using the hyper-spectral light to see if we can see through a coating and see the rust occurring.” Mr Smogeli said that while DNV GL is making good progress with the technology application, they are still figuring out the business case in maritime for it. 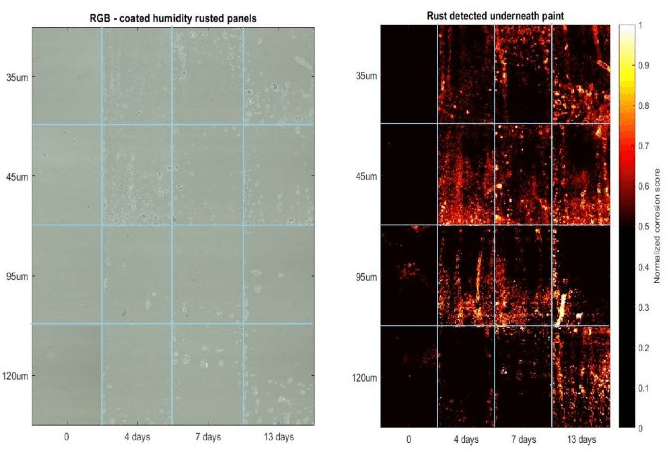 Figure 2. Detection of rust under coating with RGB (left) and with hyper-spectral imaging (right). Image courtesy of DNV GL

“Crack detection with machine learning and visual recognition is challenging and it is very different to other applications at the moment,” Mr Smogeli explained. “We have been working on understanding the challenges and training algorithm to develop this technology further.

“The main use of this type of imaging is to provide decision support for the surveyor. Instead of watching a video screen, the surveyor can during a live inspection get this indication in the image that there is a crack.”

The ADRASSO project is currently planned to run until 2021. 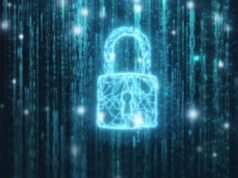