Cyprus Shipping News
Home Digitalisation The Maritime industry is built on trust. Blockchain will change all of... 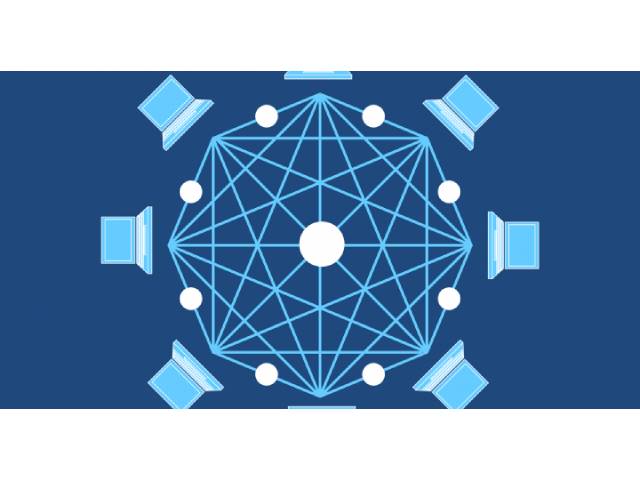 A friend of mine once described the shipping industry in London as “an old boys club for men in grey suits”. Whether you agree with it or not, this stereotype exists because the maritime industry is based on trust. What if you could transact with a complete stranger or unknown entity and be confident that you can trust them? What if there was a way to use technology to remove the need to trust? This is where blockchain enters the equation.

There has to be an inherent level of trust built into a system that has millions of dollars of machinery and cargo entering and leaving hundreds of different ports all over the world. It’s very difficult to trust a ship, her crew, and her cargo to a complete stranger or an entity we know nothing about. Therefore the solution is to do business with the same people you’ve known for the last 20 years. If you’ve done business with the same people for decades it’s a fairly safe bet that they aren’t about to run off and hide in Panama with all of your money. This need for trust is the reason you often see the same people having the same discussions in the same room year after year – welcome to the old boys club.

Blockchain is beautifully simple, but a bit of an abstract concept. For most people, it is synonymous with ever-so-shady digital currency bitcoin but it’s so much more than that. Blockchain is the underpinning technology that allows bitcoin to work and its implications will reach far beyond digital currency.

Simply put, a blockchain is just a record of events recorded on a digital ledger that is split across a distributed system. Apologies if that sounds face-meltingly complicated, let’s unpack it a little:

When something happens, it gets recorded on the ledger, not just on the computer where it happened, but instantly across all of the computers in the entire system making it almost impossible to edit an event after it has been recorded. This can act as a record of transaction, movement, ownership, or just about anything and it is very difficult to fake.

Sounds great, where do ships come in?

If you’ve ever been on a ship just before departure you will know how much paperwork gets passed around. The master, loading master, customs officer, and immigration officer (to name but a few), all need to sign, countersign, stamp, and counterstamp enough paper to wipe out a small forest. All of this paper can be lost, stolen, damaged, copied, or forged and is an inherently inefficient system for proving events because it is so heavily reliant on trust and physical documents.

By placing all of this into a digital ledger that instantly makes information available to all stakeholders whilst simultaneously creating a record that cannot be edited or removed there is no longer a need for physical documents, or even trust.

Maersk has seen the potential in the technology and is currently testing out IBM Watson’s new enterprise blockchain system to track the movement of its cargo. Although it’s estimated it could take them up to a decade to fully move over to the system, the potential cost saving could be huge.

Is blockchain the future?

As with most of these things, it’s too early to tell just how far reaching the impact on the maritime industry will be. The power of blockchain is being explored in a myriad of other industries though, there are a whole host of start ups popping up attempting to use blockchain for everything from music streaming to ride sharing to land ownership.Perhaps the most significant current use is in financial services.

Perhaps the most significant current use is in financial services; Digital Asset, led by Blythe Masters of JP Morgan Chase fame is currently trying to recreate the clearing process for financial transactions with blockchain. Thereby reducing the time it takes for a large transaction to clear from days to minutes and massively reducing the possibility of fraud in the process. They have some pretty serious backing, including most of Wall Street.

There are so many disparate stakeholders in shipping. The varying levels of technical capability (and investment) that exist in the industry mean that I would be amazed if we completely abandon physical paperwork in the next 20 years, if ever. The power of blockchain is yet to be fully realised in any industry but the possibilities that exist for the tech in the shipping are hard to ignore.

Startups in the maritime sector have already explored some of the more obvious use cases for blockchain in the industry. The use of cryptocurrencies to underwrite maritime assets has been attempted with limited success by a number of startups.

In 2018 Danish startup Blockshipping attempted to raise money through an initial coin offering of their Container Crypto Coin (CCC) token. Designed to underpin a global container sharing platform, they offering raised USD$2.5m. Though respectable, it was a long way short of their planned goal. The performance was blamed on a “difficult market situation” by the startup’s founder and the coin is now trading on an open exchange at USD$0.001 (November 2019). Despite the disappointing performance of their coin, Blockshipping is pushing ahead with its Global Shared Container Platform. The startup is developing new tools including one to predict import dwell time and a blockchain container register.

Another startup that attempted to pursue the ICO route was Hong Kong based 300 Cubits. Their TEU token was designed to help shippers and carriers solve a contractual reliability problem by acting as a booking deposit. The coin was pulled in September. The founders cited low transaction volumes as the principal factor in their decision.

Beyond cryptocurrencies, there are a number of startups working to use blockchain technology to transform how we transact and verify information in shipping:

CargoX has developed a smart Bill of Lading that is a commercially viable alternative to traditional methods. Bills of Lading are transferred instantly between shippers, carriers, and receivers securely using public key infrastructure. The transfer history is stored using blockchain technology, ensuring the record of ownership cannot be edited maliciously or otherwise.

Blockchain Labs for Open Collaboration designs and develops high quality, reliable, sustainable, and resilient digital infrastructures to support social and economic development, with a focus on equitable and secure access. One of their early projects, BunkerTrace, added synthetic DNA to bunkers to move them as they moved through the supply chain. Combined with a blockchain ledger, this creates an immutable record of bunker supply making it possible to verify the source and quality of bunkers before they are burned in a ship’s engine.

Marine Transport International brings technology and logistics together, keeping customers in control of their cargo through high performing, low cost software products. Their projects include a method of using blockchain to securely distributing SOLAS VGM data to the right supply chain parties. The same technology has been applied to create a secure audit trail for waste logistics; Traca uses a data adaptor to allow users to upload data to the blockchain without changing their own processes. Data and documentation is then shared using smart contracts, ensuring a compliant, verifiable, and immutable audit trail for the waste supply chain.

There is no question that blockchain technology will transform the logistics industry, but probably not in the way the hype would have you believe. Despite the PR that crypto coin offerings tend to achieve, it is the innovators working on using the technology to solve difficult problems, rather than raise money, that are achieving the greatest traction with customers.

The shipping industry is beset with trust problems. Whether it is fake seafarer certificates, bad bunkers, or forged bills of lading, blockchain offers a viable solution. On top of the trust problem, blockchain can streamline the bloated paperwork requirement that comes with operating ships around the world. The hype and subsequent trust problem have likely damaged the short term adoption of the technology. But looking ahead, as adoption grows in other industries, blockchain will continue to be adopted in maritime too.