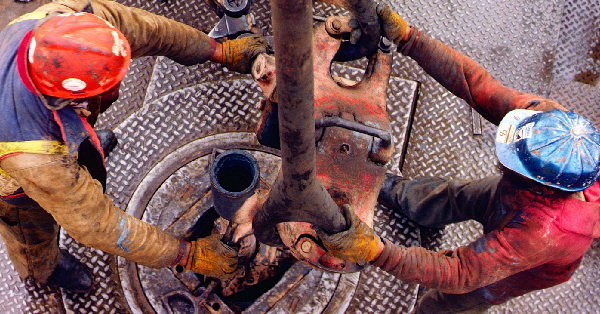 Tower Resources, the Africa-focused energy company, is announced the completion of an institutional placing to Energy Exploration Capital Partners, a U.S.-based institutional investor, pursuant to an investment deed.

The Placing will initially raise US$1,250,000 as a placing to the Placee of new ordinary shares (with nominal value of 0.001p each) in the Company (“Shares”) worth US$1,362,500. Following the initial placing, the Placee will invest, at the request of the Company, up to US$1,750,000 in the aggregate for Shares worth US$1,907,500 in the aggregate, no earlier than three months and no later than eight months after the initial placing (such period, the “Commitment Period”, and collectively, such investments, the “Second Placing”). If required by the Company, a further US$3,000,000 may be raised from the Placee for Shares worth an equivalent amount, with the Placee’s consent. Further information regarding the Placing is set out below.

The proceeds from the Placing will be used by Tower to fund work programme commitments in respect of its licenses in Cameroon, Namibia and South Africa as well as for general working capital purposes.

“We are very pleased to announce this placing to EECP. The placing has been structured specifically to fit alongside the intended bank financing led by BGFI Bank Group, which is presently awaiting group credit committee approval. The timing and amounts are flexible, to enable us to accommodate other sources of financing if we wish, and to adapt to the final schedule of the NJOM-3 well on the Njonji structure in our Thali PSC area in Cameroon. We are continuing to discuss alternative rig options for this critical well, which will be targeting the appraisal and testing of 18 million barrels (pMean) of Contingent Resources and will also be penetrating additional potential reservoirs containing further prospective resources unconnected to the original two Njonji discovery wells. We are excited to be moving forward with this transformative project.”

Details of the Placing

Each placing under the Deed will be made by way of the Placee prepaying for Shares to be issued at the Placee’s request within twenty-four months of the date of the placing (the “Placing Shares”), at the Placement Price, but subject to the Floor Price, as set out below.

The Placement Price of the Placing Shares will initially be equal to 0.36p per Share, representing a premium of approximately 130% to the closing price of Tower’s Shares on 13 January 2023. Subject to the Floor Price described below, the Placement Price will reset after the initial month to the average of the five daily volume-weighted average prices selected by the Placee during a specified period immediately prior to the date of the Placee’s notice to issue Placing Shares, less an 8% discount, rounded down to the nearest fiftieth of a pence.

The Placee will be entitled to a long-term hold benefit of a 10% (rather than 8%) discount to the above-mentioned formula for Placing Shares if the Placing Shares are issued after the first anniversary of the initial investment. In addition, the Company may benefit from share price appreciation following issuance of Placing Shares: if an issuance of shares to the Placee would result in the effective discount to the prevailing market price of the Company’s shares being in excess of 25%, the Placement Price will be increased by half of such excess.

The Company may at any time repay one half of the outstanding balance of each placing in relation to which Placing Shares have not yet been issued, with a 5% premium.

The Placee has agreed to certain substantial limitations on its ability to resell or otherwise dispose of the Shares it receives. The Placee is also contractually precluded from shorting the Company’s Shares.

Application will be made to the London Stock Exchange for any ordinary shares issued and allotted in relation to the placing to be admitted to trading on AIM. Such ordinary shares will only be issued to the extent that the Company has corporate authority to do so.

The Placee will not be obligated to invest in the Second Placing, if the market price of the Shares has decreased to below 0.1p and does not recover to above that level within three months after the Placee notifies the Company thereof. The Company may not, in any given month during the Commitment Period, request that the Placee fund proceeds of the Second Placing that, together with outstanding balance of the initial placing in relation to which shares have not been issued, exceed 14.99% of the Company’s market capitalisation. For clarity, for the benefit of the Company, this limitation will apply to the proceeds of the Second Placing in a given month only and not in the aggregate. The Second Placing may be funded in one or more tranches, subject to the foregoing limitation, and may be accelerated by the Placee.

The Company will issue to the Placee 105,000,000 Shares in satisfaction of a fee. The Company has applied for admission of these Shares to trading on the AIM (“Admission”), and Admission is expected to become effective on or about 20 January 2023. On Admission, these shares will rank pari passu with all existing ordinary shares in the Company.