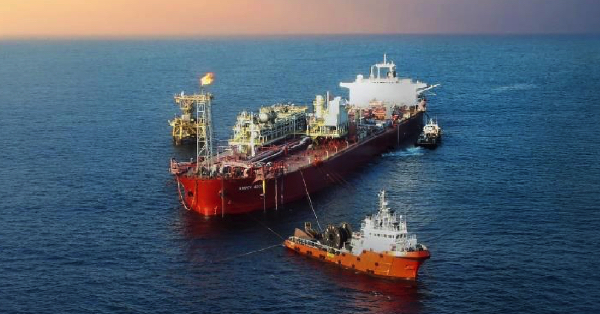 contract for FPSO Adoon, which has been operating at Block OML 123 offshore Nigeria.

The contract had an original period of 8 years until 2014 with the option to extend by up to 8 more years until 2022. The contract was further extended by client Addax Petroleum Development (Nigeria) Limited (“Addax”) through consecutive monthly extensions until January 2023.

Addax exercised its contractual option to purchase FPSO Adoon at the end of the contract period and the sale was completed on 11 January 2023.

FPSO Adoon was constructed by YP’s predecessor company, Fred. Olsen Production ASA, for Addax and commenced operations in October 2006. Since the commencement, the asset has provided safe and reliable operations to the client with an average technical uptime above 99.9% and no Lost Time Injuries (LTIs) for the last 11 years. FPSO Adoon has produced over 212 million barrels of oil, and clocked more than 6 million offshore manhours over its contract tenure.

Flemming Grønnegaard, Chief Executive Officer, said: “It fills us with pride to know that FPSO Adoon has been able to contribute significantly to Nigeria’s energy landscape for the past 16 years, positively impacting the local economy and wellbeing of the community. This has been made possible by our passionate team at Port Harcourt, with unwavering support from our client Addax, the regulatory bodies in Nigeria and the local community and supply chain. Deepest appreciation to everyone who played a part in FPSO Adoon’s success story.”