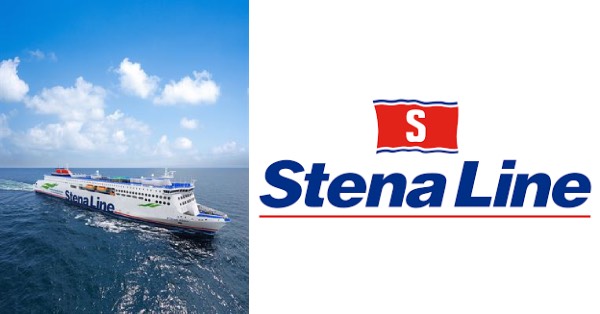 The all-new Stena Ebba was in the spotlight during a well-attended naming ceremony on 11 January 2023 in Karlskrona, marking the launch of Stena Line’s second E-Flexer ferry on the Karlskrona-Gdynia route.

Stena Ebba was named during the ceremony where godmother Ulrica Messing, the governor of the Blekinge region in Sweden traditionally smashed a bottle of champagne against the ship. The event follows the introduction of the sister vessel Stene Estelle in September 2022 and with the two new vessels now launched on the route, the relations between Sweden and Poland continue to grow.

“The addition of our new modern Stena Ebba ferry in the South Baltic Sea is Stena Line’s response to customer demand in a dynamic economic area that continues to grow”, says Niclas Mårtensson, CEO Stena Line. He continues: “We have operated this ferry route for more than 25 years and with our new E-Flexer ferries we will enable our partners to expand their business through an enhanced access to European markets and supply chains”.

Stena Ebba is one of the largest ferries in regular operations in the Baltic Sea. It is 240 metres long, offers space for 1,200 people and can accommodate up to 200 trucks. With its 3,600 lane metres, capacity has increased with no less than a 60 per cent boost versus the previous vessel on the route.

This is a completely new vessel – it recently arrived on the Gdynia-Karlskrona route directly from the shipyard. The ferry is also energy-efficient thanks to its optimised design and also more sustainable, not least by the possibility of using shore power during port calls, which reduces exhaust emissions. The interior has been designed in a Scandinavian style with panoramic windows, which for sure will appeal to passengers.

– Today, with the inauguration of the Stena Ebba on the Gdynia-Karlskrona route, as well as the earlier introduction of its sister ship Stena Estelle, we are beginning a new phase in the development of our region. We are pleased to be able to offer our customers the most modern vessels on this market. The modernisation of our fleet will enable a significant capacity increase, which is important not only for us and our customers, but also for the entire region and the countries we connect”, said Marek Kiersnowski, Trade Director Baltic Sea South at Stena Line.

Over the past year, Stena Line has done significant investments to modernise the Gdynia-Karlskrona ferry connection. In June 2022, operations were transferred to the new ferry terminal in Gdynia, which allows berthing of 240 m vessels and offers the possibility of developing an intermodal solution, thanks to its proximity to railway tracks. In September, the new vessel Stena Estelle was introduced, now followed by Stena Ebba.

Located on the other side of the Baltic Sea, the Karlskrona ferry terminal is not lagging behind. During Stena Line’s 25 years of operating the ferry route to Poland, the port has expanded with a modern terminal catering for the needs of both growing demand from passenger as well as larger freight volumes.