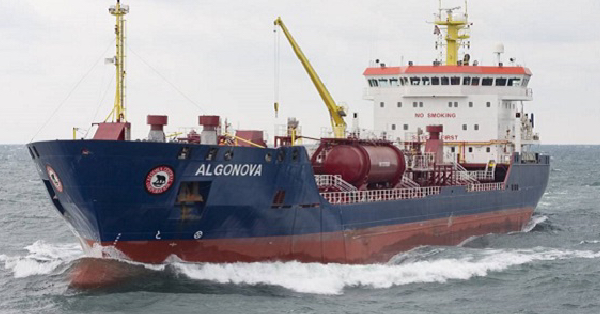 Algoma Central announced that it has acquired two 18,894 dwt product tankers to join the Algoma Product Tankers fleet. Built in 2007, the sister ships were purchased to prepare for the coming replacement of two older vessels in the Company’s Product Tanker fleet. Both vessels are well suited to the Company’s domestic tanker trades.

“The vessels are high quality additions to our Product Tanker fleet,” said Gregg Ruhl, President and CEO of Algoma, “and mark an important step in our on-going fleet renewal journey, which is expanding to include renewal within our tanker fleet. It is important that we acquire the right ships, at the right time to ensure they fit our market and our commitment to deliver safe and sustainable transportation solutions to our customers for the long-term,” concluded Mr. Ruhl.

The Algotitan, previously named the Chantaco, will operate on the Great Lakes, St. Lawrence Seaway and will be a strong addition to the fleet when the vessel begins domestic operations, expected in early 2023. The Algoberta, previously named the Chiberta, will begin her career with Algoma operating in Northwestern Europe and commercially managed by our partner Furetank AB of Sweden. The vessel will trade in Europe until the Company is ready to bring her into Canadian trade, expected later in 2023. The Algoberta’s name is a nod to Algoma’s largest customer in the segment which calls Calgary, Alberta home.

In the third quarter of 2022, Algoma acquired a 2010 built Norwegian vessel named the Birgit Knutsen, which is a sister ship to the Algoterra. The vessel currently operates internationally under bareboat charter and has already proven to be a strong addition to the Product Tanker segment.