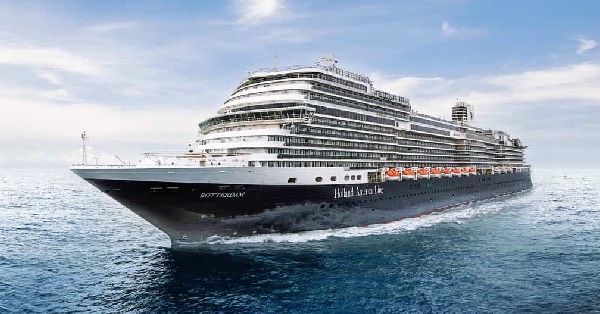 For Holland America Line’s 2024 Europe season, the cruise line is adding several new itineraries that combine regions, increasing the number of voyages of 14 days or longer and enhancing Northern Europe with new departure ports. From April to November dozens of unique itineraries — ranging from seven to 35 days — will be offered ontwo of the line’s Pinnacle Class ships, Nieuw Statendam and Rotterdam, along with Oosterdamand Zuiderdam.

“Holland America Line’s 2024 European season is the biggest refresh we’ve done in the region in a long time, and we’re excited to feature new itineraries, more voyages that are 14 and 21 days, different departure cities and unique country combinations,” said Beth Bodensteiner, chief commercial officer of Holland America Line. “We’re also returning to the Canary Islands and Bermuda, and, of course, we’re back in the Med visiting everywhere from Spain to Turkey. Holland America Line’s 2024 season is the most diverse we’ve ever offered that truly has an itinerary for everyone.”

As a limited-time early booking bonus, cruisers who book with “Have It All” also receive crew appreciation, and upgrades to the beverage and Wi-Fi packages.

Rotterdam returns to Northern Europe in 2024 with a season offering several new itineraries. The ship returns to its namesake city with sailings roundtrip from Rotterdam:

Nieuw Statendam offers Northern Europe cruises to the Baltic, British Isles, Norway up to the North Cape, and the Northern Isles of Scotland and Iceland. The itineraries range from seven to 14 days and sail roundtrip from Copenhagen, roundtrip from Rotterdam or between Copenhagen and Rotterdam.

In May, Zuiderdam sails a 14-day Northern Europe cruise that explores Norway, Germany, Estonia, Finland, Sweden and Denmark, followed by a 21-day “Ultimate Viking Explorer” journey around Iceland, Greenland and Scotland, both roundtrip from Ijmuiden. The two itineraries can be combined to form a 35-day sojourn that includes 10 countries, 23 ports and is in a prime locale for the Summer Solstice

COLLECTORS’ VOYAGES
Many of the cruises can be extended into Collectors’ Voyages, which offer the ultimate European exploration. By combining two seven-day itineraries, a seven- and 14-day cruises or longer non-repeating voyages, these artfully crafted journeys up to 42 days combine back-to-back sailings, enabling guests to visit more ports and spend extra time discovering centuries of art, history and culture.

‘HAVE IT ALL’ EARLY BOOKING BONUS
When a new cruise season opens and guests book with the “Have It All” premium package, for a limited time they’ll receive extra perks and upgrades to the existing Have It All package. Have It All will upgrade to an Elite Beverage Package and Premium Wi-Fi Package, as well as include prepaid crew appreciation as a bonus, in addition to continuing to feature specialty dining and shore excursions.