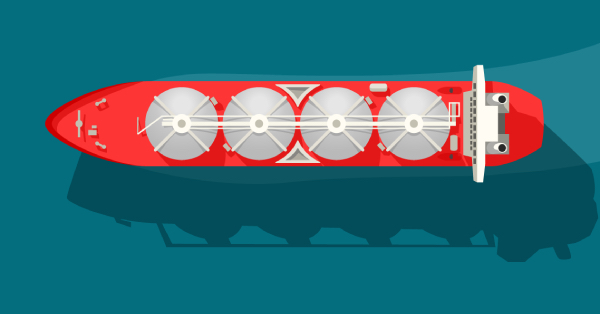 LNG values have continued to strengthen, spurred by skyrocketing earnings that have surpassed last year’s record breaking peaks. In November, LNG rates peaked at a record high of 466,524 USD/Day from the Baltic Exchange BLNG1g assessment, pushing up LNG values. Demand for LNG carriers has increased exponentially this year due to the energy crisis in Europe. As a result, the EU is attempting to reduce its reliance on Russian gas, following the conflict with Ukraine. Demand for seaborne LNG imports has surged as Russia steadily cuts gas flows from pipelines, forcing many counties in Europe to turn to floating storage units.

LNG values received a boost in November as earnings skyrocket once again, surpassing last year’s record breaking levels and rates. Rates peaked at 165,709 USD/day in mid November, according to VesselsValue’s Large LNG one year Timecharter rate assessment. High demand for LNG vessels can be seen due to the energy requirements that cannot be met, resulting from the conflict between Ukraine and Russia. This, combined with low fleet supply, has sent freight rates soaring.

As a result, LNG values have continued on their upward trajectory, with newbuilding prices for large LNG carriers of 174,000 CBM, up c.26% year on year from USD 203.79 mil to USD 256.46 mil. The number of newbuilding orders placed is up c.78% from last year at 162 orders. Some of the main market participants have been MOL, NYK Line, Global Meridian and Knutsen OAS, ordering up to 20 vessels each so far this year.

Notable newbuilding orders this month include an enbloc order from Seapeak for five Large LNG carriers (174,000 CBM), scheduled to be built at Samsung and delivered in 2027, contracted for USD 215.46 mil each.

MOL added some further orders to their growing newbuilding list for three more Large LNG Carriers (174,000 CBM). These vessels are scheduled to be built at Hudong Zhonghua and slated for delivery in 2027, bringing their total of newbuilding orders placed this year to 19.

Demand for LNG has been firm over the course of the last year as the world, particularly Europe, attempts to reduce its reliance on sanctioned Russian LNG. This has increased tone mile for LNG vessels with gas sourced from further afield but with a number of LNG carriers tied up in floating storage, as a means to secure energy supply for the northern hemisphere winter, this has reduced vessel availability, pushing up rates even further last month.

At the moment, volumes of LNG in floating storage are said to have wound down to a third of the levels seen in November. However, with weather forecasts predicting a colder than usual December, there is talk of a second spike in winter LNG rates in the coming weeks.

Japan is the largest importer of LNG globally, followed by China and South Korea. In the current energy crisis situation, importers are looking further ahead to secure energy in the coming years and therefore, and with cleaner energy sources at the forefront, demand is soaring for LNG and therefore LNG carriers.

MOL is the world’s largest owner of LNG Carriers, with a fleet of 38 vessels and a value of USD 6.2 bn.

All of the orders MOL are for Large LNG carriers of 174,000 CBM and the majority are being built at Hudong Zhonghua in China with three also on order at Daewoo, South Korea and scheduled to be delivered between 2024 and 2028.

LNG freight rate levels have been stratospheric this year, bringing up values for the entire fleet and this has also sparked an ordering spree across the LNG sector and a total of 162 new orders have been placed so far this year, compared to 99 orders placed in 2021, an increase of c.63% year on year. The value of LNG newbuilding orders placed so far this year is USD 33,742.89 mil, an increase of c.87% from USD 18,076.25 mil.

Of these orders, just over a quarter were placed by Japanese companies including MOL, NYJ and Meiji Shipping, with 44 contracts inked. Out of the top ship owning nations, Japan owns the highest value fleet for LNG vessels at USD 30.3 bn. South Korea ranked second with 28 orders placed this year, followed by Greece with 21 orders.

Notable new contracts include an en bloc order for two Large LNG carriers of 175,000 CBM from China Merchants, scheduled to be built at Dalian and delivered in 2026 for USD 235 mil each, VV value USD 240.79 mil.