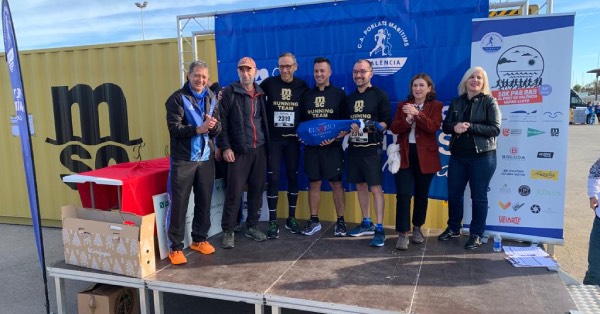 This weekend the 10K Pas Ras al Port de València was held, with a special category for workers in the port sector

The Port Authority of Valencia (PAV) has once again supported the celebration this weekend of the 10k Pas Ras al Port de València popular race, an event to enjoy sport in an incomparable environment that runs through the port area, the promenade and crosses the rotating bridge of the canal in the port area.

More than 1,600 runners crossed the finish line of this popular 10-kilometre race, which has a special category for workers in the port sector. The race also had a charitable character because, as has been the tradition in recent editions, it raised funds for the NGO Aportem, ONG Puerto Solidario de València.

The race ran along an officially approved 10-kilometre route along the Marina de València and the Paseo Marítimo with the start next to the Lanzadera building and the finish line next to the Veles e Vents and the Port dock. A spectacular course with an ideal temperature for running, no wind and sunshine and an excellent organisation by the CA Poblats Marítims ensured that the participants enjoyed a great morning of sport.
This year, there were also races for the youngest runners, with races from 500 to 1500 metres, led by the young runners of the C.A. Poblats Marítims Athletics School.