Cyprus Shipping News
Home World This year 5 million euros have been invested in the development of... 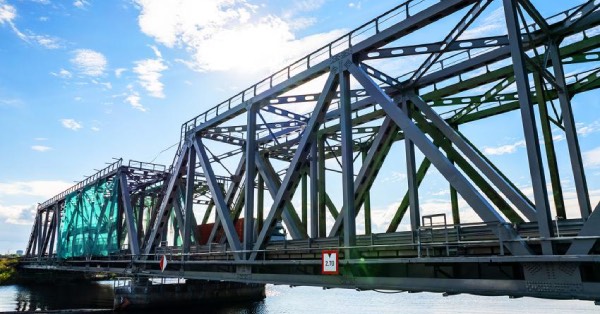 In 2022, the Freeport of Riga Authority has invested almost 5 million euros in the maintenance and development of the port’s infrastructure, including digital solutions. Investments have been made in the reconstruction and modernization of existing facilities, in the implementation of new projects, as well as in various smart solutions.

“Despite the diverse global geopolitical challenges and uncertainty in world markets, this year we have managed not only to increase cargo turnover in the port of Riga, but also to invest in the development of the Freeport. Investments were made in the railway infrastructure of the port, the shipping channel dredging, the reconstruction of hydro-technical structures and the improvement of marina infrastructure. Every year, we invest more funds into testing and implementing digital solutions, thereby automating port processes and reducing the time required for cargo handling. We are also planning investments in the port’s technical and digital infrastructure in 2023,” said Ansis Zeltiņš, the Freeport of Riga CEO.

Large-scale works on the improvement of the port railway infrastructure have been implemented in Kundzinsala this year, where the reconstruction of railway tracks and switchgears was carried out. New LED floodlights and lamps were installed in the railway park as part of the project, thus improving the quality of lighting in the future as well as ensuring a 30% – 35% saving in electricity consumption and reducing CO2 emissions. On the other hand, in cooperation with the SJSC “Latvijas Dzelzceļš”, the Freeport of Riga Authority has started the integration of common rail cargo data circulation processes, creating a solution for digitized rail cargo data circulation and automation.

Reconstruction works of the Sarkandaugava bridge have been commenced this year. It is the only railway bridge in the territory of the port, which ensures the railway cargo traffic to/from Kundziņsala. The bridge structure will be renovated, providing safe and more convenient crossing of the bridge for both road and railway transport, as well as pedestrians. The installation of decorative lighting is also planned to illuminate the metal structures of the bridge during the dark hours of the day. In addition, the reconstruction of the road in Kundzinsala from the Sarkandaugava bridge to the territory of the port’s largest container terminal “Baltic Container Terminal” has been started. It is also planned to renovate the road surfacing, build a rainwater drainage system and install road lighting.

This year, the repairs of the second stage of the Daugavgriva shore reinforcement or BKRR dam have been completed. The restoration of the hydro-technical structure was started in 2020 with the aim to reinforce the almost 200-meter-long coastline of Daugavgriva washed away by the storm. The works were continued in 2022, and currently 300 meters of coastline structures have been completely restored with boulders and granite piles.

Dredging of the fairway and berths of the port of Riga, which started in 2021, was conducted at four locations of the port water area in cooperation with the Danish company Rohde Nielsen. In general, the volume of excavated soil in the port water area in 2022 reached 123 thousand m3. Furthermore, within the framework of the project “Improvement and Promotion of the East Baltic Coast Harbours Network” , in 2022 investments have been made in the improvement of the marina infrastructure at Matrožu Street. The improvements include the extension of the existing breakwater and the construction of a new breakwater, as well as the installation of additional facilities and equipment.

In cooperation with residents’ associations, the Freeport of Riga Authority regularly carries out improvement works in the areas surrounding the port – it builds sports fields and children’s playgrounds, installs pedestrian paths and leisure areas, conducts cleaning and landscaping works. In 2022, another project was implemented – a children’s playground in the residential area of Kundziņsala was built.

The main function of the Freeport of Riga Authority is the maintenance and management of the port infrastructure. That includes the maintenance, reconstruction and modernization of the port’s water area – fairways, aids to navigation, hydro-technical structures – berths, jetties and dams, roads and railways, as well as the related infrastructure – bridges, crossings, road lighting, and engineering communications.