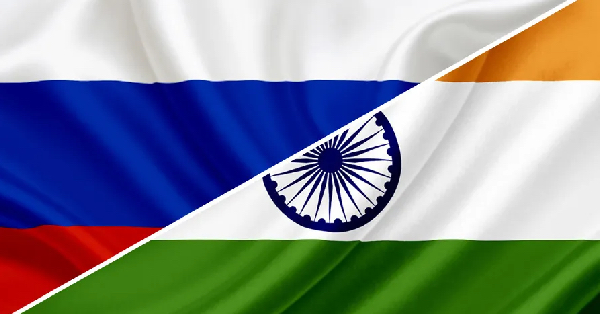 Moscow has offered to help India to get hold of large oil tankers to get around the G7-backed price cap on Russian crude, as it hunts for buyers to replace its European market.

Under the price-cap rules, the G7 and its allies won’t allow vessels carrying Russian barrels access to their insurance and shipping services unless they sell crude at or below a set level. That makes it harder for shippers to transport the crude around the globe.

At a meeting Friday, Russia’s deputy prime minister, Alexander Novak, welcomed India’s decision not to go along with the price cap and put forward its offer of help to Pavan Kapoor, the Asian country’s ambassador to Moscow.

“In order not to depend on the ban on insurance services and tanker chartering in the European Union and Britain, the Deputy Prime Minister offered India cooperation on leasing and building large-capacity ships,” the Russian Foreign Ministry said in a statement.

India, now a major buyer of Russia’s oil after getting steep discounts, has resisted the efforts of the US to join the European Union, the UK and itself in the price cap measure introduced last Monday.

The measure aims to limit the price of Russian crude shipments at $60-per-barrel maximum, in an effort to slash the country’s revenues from crude exports and so curtail its ability to fund its ongoing war with Ukraine.

“The introduction of a price cap on Russian oil is an anti-market measure. It disrupts supply chains and could significantly complicate the situation in global energy markets,” Novak said, according to the ministry statement.

“Such non-market mechanisms disrupt the international trading system as a whole and set a dangerous precedent in the energy market. As a result, the problem of energy poverty is being aggravated not only in the developing world, but also in the developed countries of Europe,” he added.

Having lost its single biggest oil export market — European buyers — Moscow has turned to Asia, and it has been sending record amounts of crude to the likes of India and China. In the summer, Russia became India’s second-largest oil supplier, according to the foreign ministry.

But a sticking point is a shortage of vessels able to transport large amounts of oil on voyages now taking several weeks to reach their destination, which has pushed up freight rates.

Analysts at the Russia’s central bank, have warned the country should expect “new economic shocks” thanks to the price cap and the related EU ban on seaborne imports of the country’s crude. The two measures could significantly reduce economic activity in coming months, the Bank of Russia team said last week.