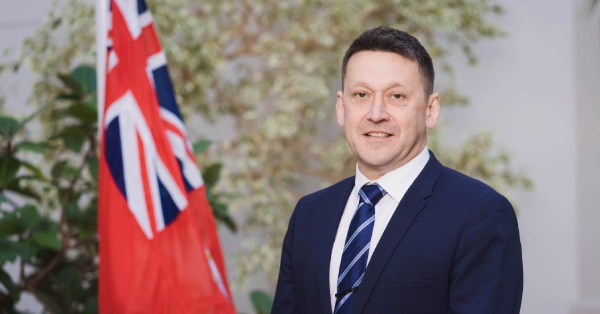 The Isle of Man Ship Registry is expanding its reach into ASEAN region after joining the Singapore headquartered Asian Shipowners Association .

The IOMSR deputy director Toby Brooks said the flag state represents a third of tonnage under the Red Ensign and is joining the ASA as an associate member to participate in members events and technical forums.

“We are delighted to join the ASA and very much look forward to working with its talented team and broad membership,” he said. “The IOMSR is investing more resource and time in Asia than ever before. It therefore makes sound business sense to throw our weight behind the ASA so we can contribute our experience and expertise and crucially add more value for our Asian ship owning clients.  Although the IOMSR client base is traditionally European – with Greek owners a very important contingent – about two-thirds of Isle of Man tonnage is now managed from Asia, and the percentage is rising. Moreover, we are expanding our presence across the region with full-time representatives in Singapore, China and Japan.”

“Our talks with the ASA show we are very much aligned on key issues such as decarbonisation, ocean conservation, digital innovation and seafarer welfare,” said Mr Brooks. “These issues are at the heartbeat of the IOMSR’s operations and we look forward to sharing our team’s knowledge to drive positive change in the sector.”

Mr Brooks pointed to a range of innovations made by the IOMSR in recent times which it will be sharing with the ASA. These include being the first flag state to undertake a remote inspection, launch a seafarer welfare app and offer a 15pc registration fee reduction for ships deploying green technology.

“We welcome the IOMSR to be part of our family and through our platform, we encourage all ASA members to liaise with one another and to help promote cooperation, amity and friendship amongst all our members,” said Mr Yuichi Sonoda, ASA Secretary General.

“Asia is driving so much of the industry with the vast majority of ships being built in China, Japan and Korea while many of world’s largest shipping companies operate out of Asia’s key maritime hubs, including Hong Kong, Singapore and Tokyo,” said Mr Brooks. “It is very important for us to show we are fully engaged with and supporting the sector in Asia and the ASA is the perfect platform to help achieve that.”

The IOMSR is one of the world’s leading flag states and is ranked 17 in the world by Clarkson’s with around 400 ships and 14m GT under its flag. The registry has held top spot on the Paris MoU Port State Control whitelist and is firmly on the whitelist in the Tokyo MoU rankings. It is also one of the high-performing flags on the US Coast Guard’s Qualship 21 scheme.

The registry is headquartered in Douglas on the Isle of Man, a self-governing British Crown dependency and is a Category One member of the Red Ensign group.

The IOMSR was the first flag to issue acceptance of a modification for a Very Large Gas Carrier to run on liquefied petroleum gas (LPG) as a greener fuel for Oslo-listed shipping company BW LPG.