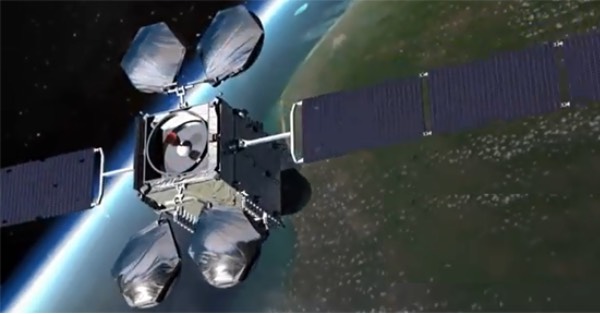 Space exploration has had an enormously positive effect on society, with its impact growing exponentially since NASA sent the first men to the moon in 1969 – an event that Intelsat’s Early Bird satellite played a critical role in bringing to the world. Fifty-three years later, there is no slowing down the integral role that space-based technologies continue to play in economic development, global communications, bridging the digital divide, monitoring our changing climate, and delivering countless other benefits to humanity. Combining this potential with the rapidly declining cost to access space has led to a host of new entrants and a thriving economy in orbit.

However, with this flurry of economic opportunity comes the challenge of balancing a growing industry with safe and sustainable stewardship of the resource of space.

A concerning and uncertain future

Since the dawn of the space age, thousands of rockets and satellites have been launched, while standards for operations and communications for commercial and government operators have been developing only slowly – and most notably only in the geosynchronous (GEO) orbit. Today, the pace of activity is shifting to something of a “wild west situation” in orbit, where unchecked licensing of very large constellations is increasing the risk of collisions and debris, impacting the prospect of future spectrum sharing, and compromising the future of ground-based astronomy.

We at Intelsat share the excitement of new innovations that will benefit the orbital ecosystem and society at large. However, our experience of a half-century of space stewardship gives us the perspective to be concerned. The lack of a coherent development framework creates regulatory and operational uncertainty, which puts in jeopardy the very business models space companies are seeking to sustain.

With limited global regulations controlling space activities and no global controls on the number of satellites going into orbit, a perfect storm of potential risk threatening future missions is brewing. Let’s not repeat the mistakes of unresponsible development of our planet and, instead, make space sustainability a precondition rather than an afterthought of deployment before launching new ventures around the globe.

Like any object of matter, satellites don’t last forever, and companies operating in space must consider their entire product lifecycle. It’s incumbent on us to proceed responsibly in planning for the disposal or de-orbiting of spacecraft to minimize potential damage. According to NASA, there are upwards of 23,000 pieces of debris larger than a softball circling the Earth at speeds up to 17,500 mph, and a far greater number of smaller particles in low Earth orbit (LEO) that could potentially endanger human spaceflight and imperil even robotic missions. In 2021 for example, a small piece of debris is suspected to have caused a hole in a robotic arm of the International Space Station.

Close encounters happen all the time. The risk grows exponentially with an increasing number of satellites and many scientists believe this may lead to what is known as the Kessler syndrome, where debris created by a collision would create a chain reaction of debris generation and an out-of-control environment that could limit future space activity.

Regulators are challenged to manage skyrocketing demand – increases up to a hundredfold – against an existing International Telecommunications Union (ITU) framework. This construct simply cannot scale to this new reality, relying instead on a “first come first served” queuing process in which a single filing can add several thousand space stations to the docket.

Those who have fought against spectrum hoarding and in favor of fair access to space now face a potential situation in which a single application could compromise competition in the market; a problem that is especially acute for LEO constellations which are less efficient in the use of spectrum since the satellites are utilized less than 15% of the time.

These market dynamics, coupled with a lack of available technology solutions to assess and mitigate interference across constellations are cause for concern and action.

Tools and frameworks to address sustainability

In our view, a plan to address space stewardship must be built around 3 pillars:

Leading by example in geosynchronous orbit

As the foundational architects of satellite technology, and the largest satellite operator in geosynchronous orbit, Intelsat is committed to leadership in sustainable space operations. In 2009, Intelsat and other satellite operators created the Space Data Association (SDA), a non-profit organization dedicated to collaboration and information sharing about satellites in orbit to help promote safety in flight and mitigate space debris.

Intelsat is also playing a key role in accelerating space-serving innovations that are driving efficiencies in the commercial space industry and helping to develop the in-orbit servicing ecosystem. In 2020, we made history when the Intelsat 901 (IS-901) satellite docked with Northrop Grumman’s first-ever Mission Extension Vehicle (MEV-1). The in-space maneuver was the first time that two commercial spacecraft docked, and mission extension services were provided to a satellite in geosynchronous orbit. As a result of this historic-first mission, Intelsat extended the life of IS-901 – an otherwise high performing satellite that was simply running low on fuel – for another five years, or 25% of its lifespan. Extending the life of a satellite means fewer new satellites need to be launched.

Building on this innovation, in April 2021, Intelsat partnered with Northrop Grumman on its second MEV mission, this time docking the MEV-2 with Intelsat 10-02, extending its life for an additional five years and solidifying Intelsat’s position as an innovative leader in advanced space technologies.

Intelsat will soon embark on even more groundbreaking “firsts,” again working with Northrop Grumman to make in-space servicing and repair a reality using robotics technology deployed through mission extension pods. We are also working on additional in-orbit services with ClearSpace, a company committed to debris removal in space.

A call for leadership and collaboration in the industry

We are at an inflection point as an industry and need to proceed responsibly across low earth and GEO orbits, collaborating to adopt standards and interoperability to create scale for our industry, including the engagement of multiple agencies such as the ITU, the UN, NASA, the Federal Communications Commission (FCC), Inter-Agency Space Debris Coordination Committee (IADC), the International Organization for Standardization (ISO) and the Consortium for Execution of Rendezvous and Servicing Operations (CONFERS).

The time to act is now

The problem is larger than any single satellite operator and will require a collaborative, industry- wide effort. This view is gathering momentum with space players, as exemplified by this white paper on the subject. We look forward to being a part of bringing about this much needed change and call upon our fellow satellite operators to do the same. Together, our industry community can tackle these challenges and lead the way towards a safe and sustainable space for our children and theirs.