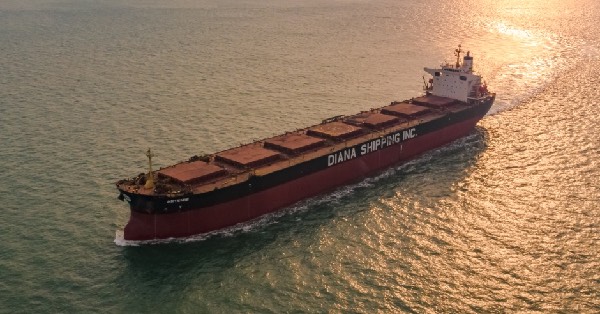 Diana Shipping, a global shipping company specializing in the ownership and bareboat charter-in of dry bulk vessels, today announced that, through a separate wholly-owned subsidiary, it has entered into a sale and leaseback agreement with an unaffiliated Japanese third party for the 2016-built Ultramax dry bulk vessel, m/v DSI Andromeda. Upon completion of the transaction, which is estimated to take place by the end of the fourth quarter of 2022, the Company’s gross proceeds will be US$29.85 million. As part of the agreement, the Company will bareboat charter-in the vessel for a period of ten years plus 30 days at the charterer’s option, and will have purchase options beginning at the end of the third year of the bareboat charter period.

The Company also announced that, through a separate wholly-owned subsidiary, it has entered into a time charter contract with Reachy Shipping (SGP) Pte. Ltd., for one of its Ultramax dry bulk vessels, the m/v DSI Pegasus. The gross charter rate is US$14,000 per day, minus a 5% commission paid to third parties, for a period until minimum July 15, 2024 up to maximum September 15, 2024. The charter is expected to commence later today.

The employment of “DSI Pegasus” is anticipated to generate approximately US$8.09 million of gross revenue for the minimum scheduled period of the time charter.