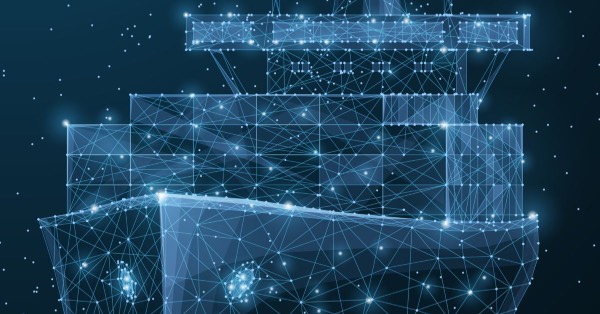 Digitalisation is changing the way vessels communicate, but the transformation is still in its infancy and cyber-security issues are among the biggest challenges facing shipping.

With greater demand on connectivity for crew welfare and digital processes comes more responsibility, and challenges to ensure shipboard software products are up to date and crew are prepped on cyber security.

Ensuring crew training is up to date and that best practices are being adhered to on remote ships is extremely difficult, said GTMaritime chief executive Robert Kenworthy.

“There are massive opportunities, but with this come some serious challenges,” he told Riviera Maritime Media, while examining the issues surrounding vessel digitalisation and secure connectivity.

“In today’s environment there is a drive to connect everything,” he continued. “The digitalisation bubble is expanding and is starting to drive massive changes. Ports are becoming more connected to each other and are talking about digitalisation so that ships can operate in the just-in-time manner. This will be a big change for shipping.”

Providing shipowners with secure maritime communications solutions remains a priority for the industry, but there are growing cyber threats and attempts to breach security.

“Email is often seen as an easy attack vector from both a technology and social engineering perspective,” said Mr Kenworthy.

“At GTMaritime, we implement multiple layers of security from standard email hygiene checks that include spam and AV checks, through to behavioural analysis to identify unknown threats,” he added.

“Worryingly, we discover and stop around 31,000 of these unknown threats each month. That is over 1,000 items a day.”

“We keep the cyber-security landscape under constant review to ensure we are providing our customers with the highest levels of protection,” said Mr Kenworthy.

Technology solutions to detect threats are only one piece of the puzzle. “We offer training and phishing tests free to our customers to support crew competence,” he said. “Meanwhile, our GTDeploy solution ensures software on board is continuously updated, with the ability to deliver, install and report on Windows updates coming soon.”

The massive amount of data now being transmitted to and from ships will only continue to increase.

Ship performance monitoring and big data will play a key role in addressing industry challenges, such as decarbonisation. Investment in new technologies which can improve ship operations and gather data to aid decision making shows no signs of slowing.

More vessel owners are opting for connectivity agreements separating operational and crew communications. But according to a recent report from Inmarsat, 70-80% of the available data is being consumed by crew, with consequences for shipborne operations and digitalisation.

“There is significant demand for bandwidth on board ships now, with ships transmitting and receiving huge amounts of data, but the majority are not coping well,” said Mr Kenworthy.

Some of the issues are due to hardware and others are down to connectivity costs, software and applications.

“There are a few factors at play here,” he continued. “For example, VSAT terminals installed a few years ago do not have a tremendous amount of bandwidth, and installing a higher-powered satellite terminal with greater bandwidth or investing in a higher bandwidth plan might not always be the most cost-effective solutions.”

“The maximum bandwidth that a vessel receives will often be different from what they experience, especially if there are multiple vessels and people trying to use the same data connection at the same time,” he said.

There is greater demand for bandwidth from third parties such as engine manufactures, ECDIS operators and charterers, creating greater data usage and pressure on shipowners to invest in higher bandwidth packages.

“All-you-can-eat-data packages are all very well, but the speed needs to increase to cope with demand,” said Mr Kenworthy. “If a ship has standard VSAT with average bandwidth, it can quickly clog up its connection unless a data compression application is installed.”

It prioritises data by allocating bandwidth to tasks, ensuring there is still enough bandwidth for other tasks and allowing emails to continue to be sent and received during large file transfers.

Tasks can also be automated and GTReplicate compresses data. In addition, if the connection drops, it will restart from the point of interruption.

Mr Kenworthy has a lifetime of experience with vessel connectivity. He witnessed the introduction of satellite communications while in the Merchant Navy, came ashore and worked with Marinet Systems before establishing GTMaritime and developing ship-specific email software.

GTMaritime’s maritime email and data communications software is installed on over 12,000 vessels worldwide.