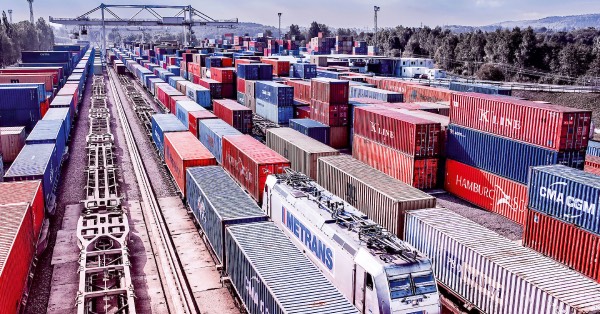 Despite ongoing disruptions to global supply chains, Hamburger Hafen und Logistik AG  recorded a positive trend in revenue and earnings in the first nine months of the year. The company benefitted in particular from a further rise in storage fees in the Container segment resulting from much longer dwell times for containers at HHLA facilities, as well as from a further increase in the rail share of HHLA’s total intermodal transport volumes and temporary surcharges to partially offset the strong rise in energy prices. Revenue in the HHLA Group rose by 8.7 percent to € 1,172.7 million . The Group operating result  decreased slightly, however, by 1.2 percent to € 160.1 million . The EBIT margin amounted to 13.7 percent . Profit after tax and minority interests came to € 69.8 million, down strongly on the previous year .

Angela Titzrath, Chairwoman of HHLA’s Executive Board: “The war in Ukraine, high energy prices, rising personnel and procurement expenses, disruption in global supply chains and growing recessionary tendencies also impact our business. Despite all this, HHLA achieved a positive result in the first nine months of 2022. As such, we are confident that we will be able to achieve our targets for the 2022 financial year. Thanks to the determined implementation of our strategy, which is focussed on growth and sustainability, we are able to strengthen the resilience of HHLA.”

In the Container segment, the throughput volume at all of HHLA’s container terminals decreased overall by 5.7 percent to 4,869 thousand standard containers (TEU) (previous year: 5,165 thousand TEU). At 4,605 thousand TEU, throughput volume at the Hamburg container terminals was down 2.3 percent on the same period last year (previous year: 4,712 thousand TEU). This was mainly driven by limited handling capacity due to the high utilisation of storage capacity owing to the rise in dwell times for import and export containers at the Port of Hamburg. On the other hand, container throughput was also impacted by reduced cargo volumes from North America and, above all, Far East shipping regions – with the exception of China.

The international container terminals reported a strong decline in throughput volume of 41.7 percent to 264 thousand TEU (previous year: 453 thousand TEU). This was due to the significant decline in cargo volumes at the terminal in Odessa after seaborne handling there was suspended by the authorities at the end of February following the Russian invasion. A strong increase in volume at the TK Estonia container terminal resulting from the increased use of the terminal as an alternative to Russian ports, along with additional throughput volumes for PLT Italy in Trieste, were not able to fully offset the decrease in Odessa as a result of the war.

Despite the drop in volumes, segment revenue rose significantly year-on-year by 5.4 percent to € 653.2 million (previous year: € 620.0 million). The principal reason for this was the strong rise in storage fees at the container terminals in Hamburg, Tallinn and Trieste. The increase in storage fees was due to longer dwell times caused by disruptions to supply chains. Furthermore, additional revenue from RoRo and break bulk handling at PLT Italy had a positive effect.

Against the backdrop of a temporary increase in average revenue caused by the spike in storage fees, the operating result (EBIT) rose by 12.8 percent to € 121.7 million (previous year: € 107.9 million). The international terminals TK Estonia and PLT Italy also contributed to this positive development of the operating result. The EBIT margin increased by 1.2 percentage points to 18.6 percent (previous year: 17.4 percent).

The Intermodal segment recorded a slight increase in volumes in the first nine months of the year. Container transport increased by 0.9 percent to 1,266 thousand TEU (previous year: 1,254 thousand TEU).

Revenue rose by 12.6 percent to € 431.4 million (previous year: € 383.2 million). This was due to the further increase in the rail share of HHLA’s total intermodal transport volumes from 81.4 percent to 83.3 percent, as well as temporary surcharges for rail transport that were required in order to partially offset the spike in energy prices.

The operating result (EBIT) amounted to € 64.0 million in the reporting period (previous year: 79.5 million), thus dropping by 19.5 percent. The EBIT margin fell by 6.0 percentage points to 14.8 percent (previous year: 20.8 percent). The decline in EBIT was primarily the result of operational interruptions due to ongoing disruptions to supply chains and the strong rise in energy prices, which could only be passed on to the market after some delay. A higher subsidy for route prices of approximately € 11 million granted retroactively made a positive contribution to the same period of the previous year.

Group revenue rose by 19.0 percent to € 32.9 million (previous year: € 27.6 million) during the reporting period. In addition to the growth in earnings from revenue-based rent agreements, the increase was due in particular to rising rental income from newly developed properties in the Speicherstadt historical warehouse district.

The cumulative operating result (EBIT) climbed by 38.7 percent to € 14.6 million (previous year: € 10.5 million) during the reporting period. This further positive development in earnings was primarily driven by revenue growth, while maintenance volumes were slightly lower.

The operating result (EBIT) for the Port Logistics subgroup is still expected to be within the range of € 160 million to € 195 million. As a result of the temporary increase in average revenue caused by the spike in storage fees, the Container segment can expect to see a result on a par with last year (previously: strong decrease). By contrast, a significant decrease is expected for the Intermodal segment (previously: on a par with last year) due to the ongoing supply chain disruptions and their impact on operations.

World Container Index down 1% this past week according to Drewry