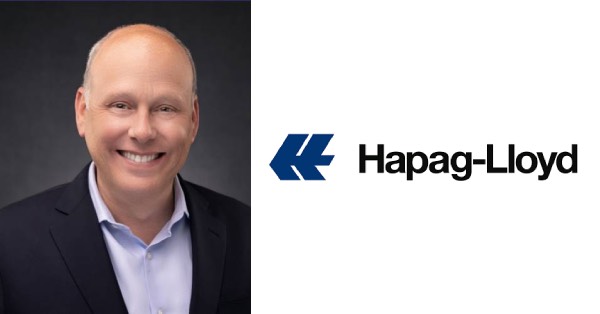 Sandlin can already look back on a long career at Hapag-Lloyd. After joining the company in 2001 as Sales Executive in Atlanta, Georgia, he has held several management positions in the US and Germany. In 2015, he left Hapag-Lloyd to become President North America for the United Arab Shipping Company (UASC). When Hapag-Lloyd acquired UASC in 2017, Stuart returned to the company and assumed his current position as SVP Area United States.

“We are very pleased that Stuart, who is an outstanding logistics professional, will be succeeding Uffe. With Stuart’s leadership experience and his vast commercial understanding, we will have a strong foundation for managing one of our most traditional key markets, but also for further growth in North America,” said Rolf Habben Jansen, CEO of Hapag-Lloyd.

Uffe Ostergaard worked at Maersk for 20 years, serving as Group Head for Global Marketing from 1992 until 2012. In 2013, he joined the United Arab Shipping Company (UASC), where he served as Chief Commercial Officer until 2017. Following the merger of Hapag-Lloyd and UASC, he became President of Hapag-Lloyd’s Region North America on 1 April 2018.

“Uffe has made an enormous contribution to Hapag-Lloyd,” Habben Jansen said. “We thank him for his passionate work for our company – not least for completing the consolidation of our USA-based operations in Atlanta. We wish him the very best and lots of success in his new role.”