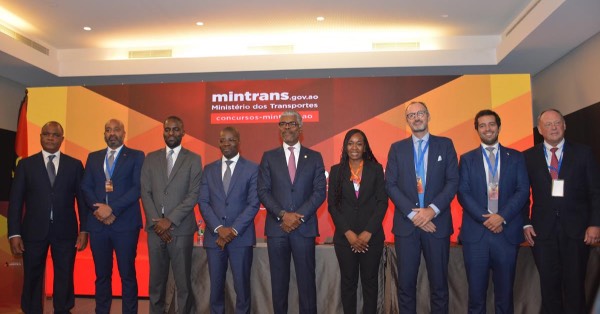 A consortium comprising Trafigura, a market leader in the global commodities industry, Mota-Engil Engenharia e Construcao Africa SA, an international construction and infrastructure management company and Vecturis SA, an independent rail operator, has signed a 30-year agreement for the concession of rail services and logistical support for the Lobito corridor, a key route connecting rail access from the Democratic Republic of the Congo (DRC) to the Lobito port in Angola and to international markets. The consortium is owned 49.5 percent each by Trafigura and Mota-Engil, with the remaining one percent owned by Vecturis.

The Consortium will be responsible for the exploration, management and maintenance of the rail infrastructure for the transport of goods, minerals, liquids and gases for the corridor that runs for approximately 1,290 km, connecting the Lobito port to Luau, in eastern Angola, close to the border of the DRC. As part of the concession agreement the consortium has committed to invest significant capital in improving the rail infrastructure to improve the capacity and safety of the Lobito corridor, as well as to invest in significant rolling stock for freight operations. With an initial term of 30 years, the agreement provides for a total investment of USD450 million, plus additional operating and capital expenditures. The headline figure includes USD100 million for the initial concession premium; USD170 million for infrastructure; and USD170 million for rolling stock.

The consortium will take over responsibility for the concession when the conditions precedent of the agreement are met in the months ahead. The concession is expected to create approximately 1,600 jobs while providing a fundamental infrastructure for the future of Angola and for the further development of international trade in Africa.