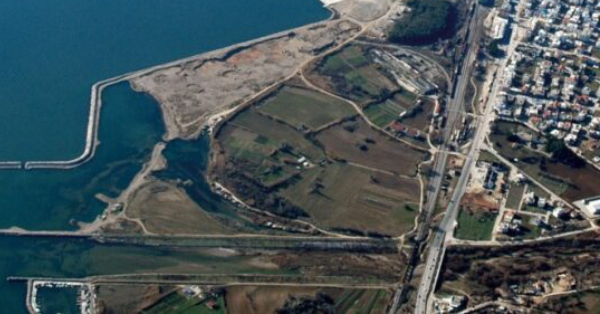 Greece announced on Monday that is canceling the tender for the privatization of the port of Alexandroupolis due to its elevated geostrategic importance, according to GreekReporter.

Prime Minister Kyriakos Mitsotakis said that the port in northern Greece, near the border with Turkey will remain state-owned as an asset too precious to relinquish.

“The government has decided that under present circumstances Alexandroupolis has such a large strategic, geopolitical, and energy importance to our country that it should remain under the jurisdiction of the Greek public,” Mitsotakis said in an interview with broadcaster ANT1.

In the same interview, Mitsotakis also announced that Exxon Mobil will start a gas exploration project southwest of the southern Peloponnese peninsula and the island of Crete.

In September, Greece received two binding bids for a majority stake in its northern port of Alexandroupolis.

The bidders for a 67% stake in the port were Quintana Infrastructure and Development through Liberty Port Holdings Single Member, and International Port Investments Alexandroupolis, a joint venture of Black Summit Financial Group, Euroports, EFA Group and GEK Terna.

Situated in northern Greece, near the borders with Bulgaria and Turkey and with a floating gas storage and regasification unit in the pipeline, Alexandroupolis has the potential as an energy hub for central Europe.

Alexandroupolis port is a crucial entry point for the shipment of military material to central Europe and Ukraine.

In 2021 alone, the US Armed Forces moved 3,100 “pieces” through it, according to official sources cited by The New York Times. These sources did not specify the type of military material but assured the Times that it was all destined for US bases in Europe. This year, up until July, more than 2,400 pieces moved through the port.

The port has experienced unusually high traffic of military ships—so much so that when 1,500 Marines from the USS Arlington docked in May, the city’s fifty-seven thousand inhabitants faced shortages of some products, such as eggs.

The port of Alexandroupolis will play a vital role in the military presence of the US in the country, foreign minister Nikos Dendias said recently.

Speaking during a debate in Parliament on the Mutual Defense Cooperation Agreement (MDCA) signed between Greece and the United States, Dendias described the use of the northern Greek port by the American military as “one of the most important elements of the agreement.”