Cyprus Shipping News
Home Yachts and Cruises The matches of the Football World Cup will be broadcasted live via... 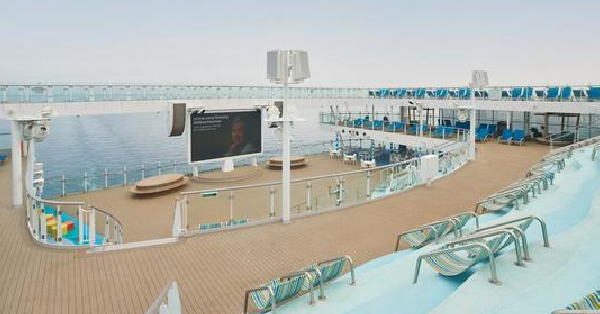 During Costa’s cruises in the Mediterranean, the Caribbean, the United Arab Emirates, South America and transatlantic, guests will be able to watch all matches of the competition in real time, even in the middle of navigation

Genoa, 4 November 2022 – Costa Cruises’ ships will broadcast live the official matches of the next football World Cup, which will be held in Qatar from November 20 to December 18, on Sport 24, the in ship live sports channel.

No matter where they will be cruising at that time – the Mediterranean, the Caribbean, the United Arab Emirates, South America or transatlantic cruises – guests of the Italian company will not miss a single minute of the scheduled matches, even in the middle of navigation, thanks to satellite broadcasting with extensive coverage between the two hemispheres (northern and southern). The matches will be available free of charge both on the screens in the public areas of the ships and on cabin televisions.

The flagship Costa Toscana will broadcast the first matches from the Western Mediterranean until late November, when she will sail to Dubai with a wonderful 20-day cruise. The final matches of the World Cup will be available during the first of the weeklong winter cruises to the United Arab Emirates and Oman, including long calls in Dubai, Abu Dhabi and Muscat. Costa Smeralda will visit Italy, France and Spain weekly during the entire World Cup period, while Costa Deliziosa will offer one-week cruises to Greece, Croatia and Montenegro, departing from Bari and Trieste.

Costa Fascinosa will be offering a 10-day cruise to Lisbon, an 11-day cruise to Morocco, and a mini-cruise in the Mediterranean. Costa Pacifica will offer mini-cruises in the Mediterranean. After that, in early December, both ships will move from Europe to the Caribbean, with 14- and 16-day transatlantic cruises, visiting two continents in one holiday.

Costa Favolosa, Costa Fortuna and Costa Firenze will depart from Italy, November 18, 20 and 28, to Brazil and Argentina, where they will be operating throughout the winter, including the final matches of the World Cup, broadcast always on Sport 24.

In addition to watching the football World Cup, Costa ship guests can enjoy unique experiences on board and ashore. The offer of excursions has been completely renewed to let guests discover each destination in a more authentic way, thanks in part to long calls in ports. Also, the gastronomic offer is unique, with dishes signed by three great chefs such as Bruno Barbieri, Hélène Darroze and Ángel León, who reinterpret the flavors of the destinations included in the itineraries. Entertainment on board, with fantastic live shows, music and parties, will be characterized according to itineraries to always offer a local touch. In addition, special activities will be dedicated just to the football World Cup.