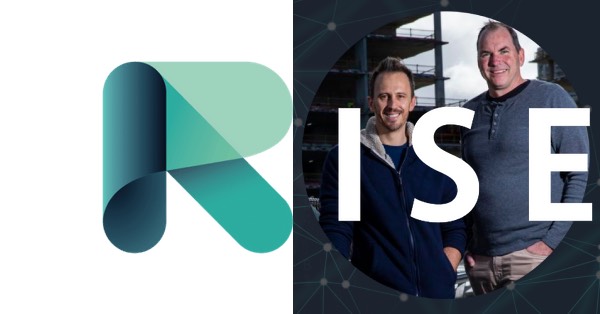 One of the world’s biggest commodity and energy traders has thrown its support behind a Perth technology start up that is aiming to change how goods and services are transacted using blockchain and the cloud.

Rise-x has developed a software system that provides complete transparency and accessibility to transactions made from around the world.

Mercuria subsidiary Minerva Bunkering has used rise-x’s DIANA platform in a global first to digitally refuel ships at the world’s biggest ports helping to reduce the risks of fraud and saving time and resources.

The new software means that all parties have access to transactions or services as they take place in real time and the records, stored using blockchain, are immutable helping to avoid contract disputes or human errors.

Mercuria, which turned over US $130 billion in 2021 and operates from more than 50 countries, has invested US$ 1.5 million in rise-x and was one of its founding customers.

“We have been working with rise-x for some time now and have been impressed with the team and the technology,” he said.

“The software system has proven its potential to improve productivity and to increase transparency and traceability across the global commodities ecosystem.”

Rise-x recently exceeded its US$ 2.5 million funding target by securing US$ 2.77 million from private investment, including Mercuria’s support.

Rise-x was also named as a recipient of the Federal Governments prestigious Accelerating Commercialization Grant Programme, receiving AU$ 895,000 to help accelerate the commercialization of the DIANA platform.”

Rise-x co-founder and chief executive officer Rowan Fenn, who has more than a decade’s experience in strategies and operations with Accenture and Deloitte, said blockchain will become the prevailing infrastructure for global back office processes across industries and will enable new business models that will drive the next industrial revolution.

“If it works for fuel, it will work for all goods and services,” he said.

“We can use blockchain and the interconnectivity of the world to bring customers, suppliers, financers, accountants and others onto a common platform that can be accessed from anywhere.

“All parties can access a common truth to observe and manage transactions such as commodity exchanges, goods movements and service deliveries with immutable records created in real time. Every step along the way has been recorded securely in a common, transparent place.”

Mr Fenn said DIANA could save considerable workhours by reducing paperwork and time spent processing transactions and communication between parties.

Franmarine Underwater Services has also used rise-x’s technology to create a platform to give clients real-time access to their cleaning, repair and maintenance activities as well as an unalterable record of the services performed.

“We can create smart contracts that will record carbon emissions from everyday activities so companies can offset those emissions in an open and transparent way,” Mr Fenn said.

“But more importantly, we can use the same technology for carbon offset companies to prove that they are credible and delivering what they have promised.

“A carbon farmer and their suppliers can demonstrate with a smart contract how many trees they have planted, who delivered them, their location on the plantation, and so on.

“There are billions of dollars being invested into ESG compliance so it is vitally important that we create a system where carbon credits are highly transparent no matter where in the world they come from.”