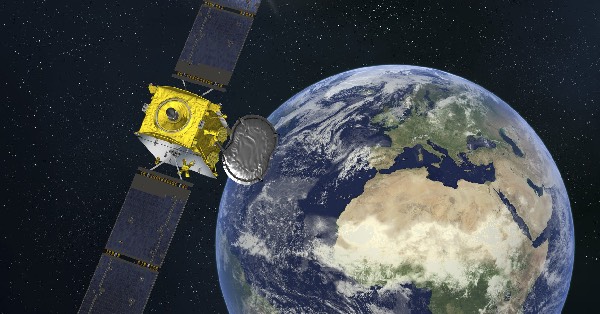 Europe’s first commercial satellite capable of being completely reprogrammed while in space is now in commercial use.

Satellite operator Eutelsat has sold six of its eight beams – used for data and mobile communications – to organisations including governments and other users. It is expected that the entire satellite capacity will be sold in the coming months.

The satellite – called Eutelsat Quantum – was launched on 30 July 2021 by an Ariane 5 from Europe’s spaceport in French Guiana.

The satellite offers unprecedented mission reconfiguration capacity. Its beams can be reshaped and redirected to provide information to people on moving planes, trucks and cars in close to real time.

Eutelsat Quantum is a collaboration under an ESA Partnership Project between Eutelsat and satellite manufacturer Airbus, with significant support from the UK Space Agency. Its cutting-edge technologies were developed and manufactured in the UK and in Spain, with additional contributions from companies based in Canada, Italy, Norway and the Netherlands.

Elodie Via, Director of Telecommunications and Integrated Applications at ESA, said: “ESA’s Partnership Projects help to federate industry around large-scale programmes that have a demonstrable economic impact. This satellite commercialisation represents a major milestone for this successful ESA Partnership Project, creating jobs and prosperity across ESA’s Member States.”