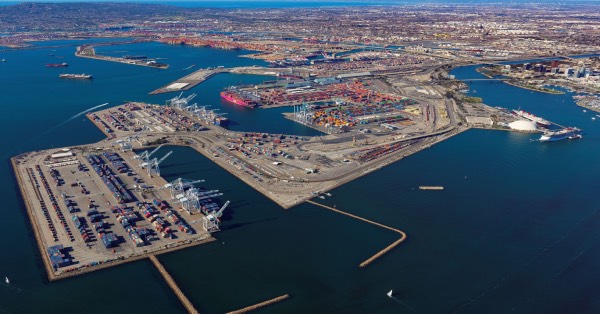 The Port of Long Beach has released a final report examining the environmental impacts associated with deepening existing navigation channels to enhance safety, reliability and efficiency for visiting cargo vessels.

The Deep Draft Navigation Integrated Feasibility Report with Environmental Impact Statement/Environmental Impact Report (EIR), prepared jointly with the U.S. Army Corps of Engineers, assesses the costs, benefits and environmental impacts of the project alternatives that include dredging to deepen channels, basins, berths and other areas in the Port to facilitate commerce.

Last October, the U.S. Army Corps of Engineers concluded a multi-year federal study that showed deepening and widening channels in the harbor would lead to improved vessel navigation, safety, and national economic benefits of almost $21 million annually. In July, the U.S. Army Corps of Engineers issued a Record of Decision concluding the federal environmental review process for the project. The important milestone opens the way for projects to compete for federal funding.

The Long Beach Harbor Commission will consider the EIR in a public hearing during its meeting at 1:30 p.m. on Monday, Sept. 12. Meetings are currently virtual only – view Harbor Commission meetings at www.polb.com/webcast. The document analyzes the environmental impacts of the proposed projects, and the mitigation measures that would be used to address those impacts. The draft EIR was released Dec. 19, 2019. Port staff solicited comments from stakeholders. All comments received have been responded to in the final studies.

If the Commission approves the document, the Port will continue to stay engaged with the community as the project moves forward. The EIR is available at www.polb.com/ceqa.

The Port of Long Beach is one of the world’s premier seaports, a gateway for trans-Pacific trade and a trailblazer in goods movement and environmental stewardship. As the second-busiest container seaport in the United States, the Port handles trade valued at more than $200 billion annually and supports 2.6 million trade-related jobs across the nation, including 575,000 in Southern California.