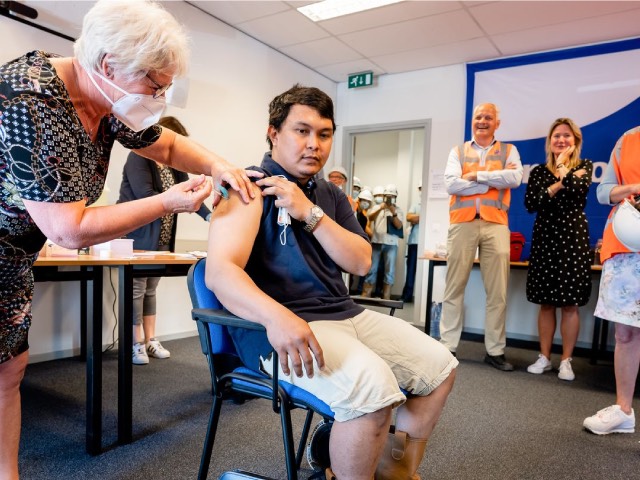 On Monday, 2 August, the Port of Rotterdam Authority, the KVNR, Arbo Unie and VRC will start vaccinating all seafarers. For the time being, this is a trial in the Rotterdam region in which 10,000 Corona vaccines are available for all sea-going vessels over a period of 2 months

The measure is in line with the KVNR programme for vaccinating seafarers sailing under a Dutch flag or for a Dutch shipping company and the way in which the Port of Rotterdam has always been committed to seafarers since the start of the pandemic, including receiving sea-going vessels that were refused elsewhere in the world. The port has also contributed to facilitating crew changes that could not take place elsewhere.

The existing structure of the current KVNR programme will be used for this pilot.