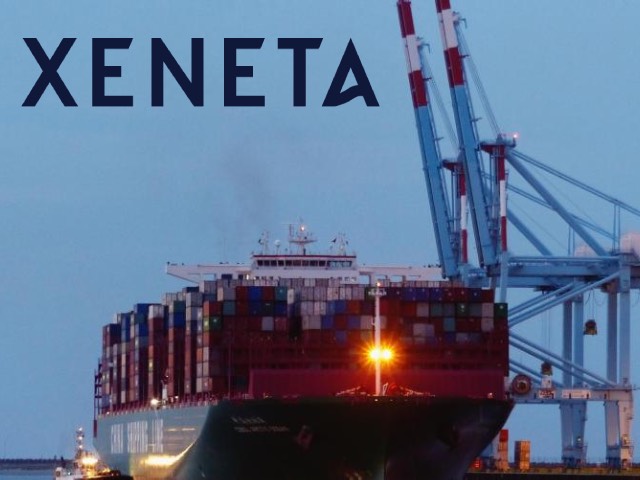 July saw the container shipping industry enter uncharted water, as long-term contracted rates surged by their largest ever monthly increase, climbing by close to one third. According to the latest Long-Term XSI® Public Indices from Xeneta – which crowd sources real-time rates data from leading shippers – the global index recorded a staggering jump of 28.1%, blowing the previous record (a 11.3% rise in May 2019) out the water. The benchmark now stands 78.2% higher than in July 2020, up 76.4% in 2021 alone.

An industry in overdrive

“This is a truly breath-taking development,” comments Patrik Berglund, CEO of Oslo-based Xeneta. “We’ve seen a combination of high demand, under capacity and supply chain disruption (in part down to COVID and port congestion) driving rates ever higher this year, but nobody could have anticipated a hike of this magnitude. The industry is in overdrive.

“Reports suggest that more than 300 vessels have already been ordered this year to try and redress the balance. However, these obviously won’t come on line for some time, so it’s difficult to see – unless something radical transpires – any relief on the immediate horizon for the shipper community. Quite frankly, I’ve never seen anything like it.”

The XSI® delivers unique market intelligence to help stakeholders understand the market and get optimal value for their businesses in contract negotiations. In July it revealed unprecedented shifts, with rates in Europe leading the way. The import benchmark here spiked by a massive 49.1% driving prices to an all-time high (the spot market set the course for the jump, with Freight All Kind, FAK, rates surpassing USD 13,000 per FEU). Imports now stand a towering 120.3% up year-on-year. Exports also recorded their largest ever monthly increase, although by a more ‘modest’ 16% (up 39.8% since July 2020).

Despite what Berglund describes as “a crazy market” he notes that the majority of Xeneta users shipping large volumes report long-term contracts are mostly being honoured by carriers. This, he says, is better than the beginning of the summer, when the fear of rolled cargoes and broken agreements was front of mind for a stressed shipper community.

“However,” he states, “bear in mind that volume flexibility is totally gone, with shippers committing to maximum quantities to secure positions onboard. Furthermore, all around the world, but especially in the US, shippers are playing safe and building buffer agreements to ensure they’re covered for the holiday season. As such a ‘bullwhip effect’ is coming into play, as shippers order more to protect against delayed shipments and rollovers, further disrupting the supply chain. But, of course, who can blame them – they see it as the only way to stay ahead and make sure Christmas is saved.”

Xeneta points to a glut of newbuild orders from key shipping lines scrambling to meet demand and secure market share – with, amongst others, COSCO believed to be have contracted 10 containerships, ranging from 14,092 TEU to 16,180 TEU, and Yang Ming understood to be mulling 24,000 TEU vessels.

“But shippers need short-term solutions, with greater reliability, easier negotiations and more sympathetic rates soon, rather than the promise of long-term relief,” Berglund stresses. “We’re already seeing some taking matters into their own hands, chartering vessels and joining with purchasing associations like XSTAFF, which supports CULines, in attempts to free themselves from the grip of traditional carriers. But that’s clearly not for everyone.”

“It’ll be interesting to see how established players react to the red-hot market. Fortuitously, Evergreen ordered a dozen 24,000 TEU vessels back in 2019 and some will touch down this year, eventually boosting the firm’s capacity by 18%. There’s also word that Taiwanese carrier Wan Hai may re-enter European trades with its smaller vessels to take advantage of attractive rates. So, changes are on the horizon, but how significant will they will be in terms of the overall picture?”

He concludes: “For the time being carriers have the fundamentals firmly in their favor and are enjoying time in the sun, as illustrated by recent earnings reports from major players such as from Maersk and Hapag Lloyd.”