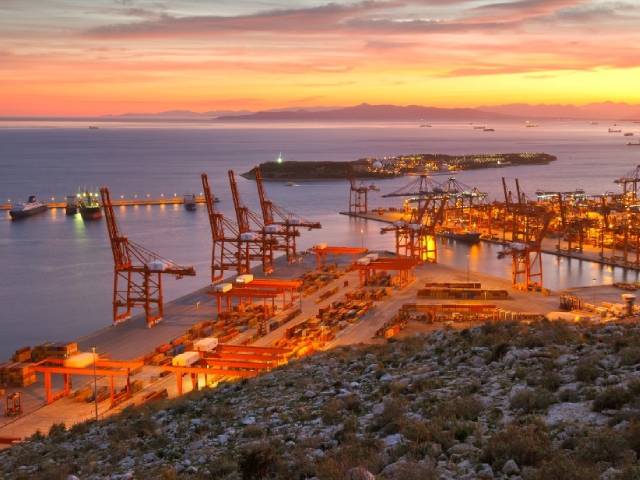 Bank ship finance for Greek shipping dropped for the sixth consecutive year in 2020 – with Covid only partly to blame.

The Key Developments and Growth in Greek Ship-Finance report from Petrofin Research calculated that Greek loans, both drawn and committed but undrawn and booked in Greece and worldwide for the calendar year 2020, fell 6.24% year-on-year to $49.8 million, down from $53.1 million in 2019, and $53.2 million in 2018.

Ted Petropoulos, head of Petrofin Research, said that extraordinary circumstances can be held partly responsible for the decline, with pandemic-induced market volatility, uncertainty and physical restrictions on travel and face-to-face meetings all cited.

But “persistent factors” are also hitting the Greek bank finance pipeline, including adverse regulatory restrictions and operating difficulties, which constrained banks’ lending ability and appetite. “European Banks in particular reviewed their lending policies across the board with shipping being an easy target for elimination with little ripple effects. As banks began to sell buildings and slash staff numbers, being involved in ship finance in general and Greek finance in particular made little sense,” Petropoulos said. While small Cypriot, Greek, Norwegian and other banks have been attracted to the industry, collectively their overall impact is small and cannot offset the departure of the big banks, he added.

But while overall shipping bank sourced finance for Greek owners declined, there was a record rise of ship finance from Greek and Cypriot banks – by some 19.8%. “Greek banks have identified shipping as a core lending activity,” Petropoulos noted. “Supported by a lower cost of funding and attractive loan yields, Greek banks have built up market share by targeting their client base and expanding to quality well-known names.”

Petrofin sees Greek banks improving their competitiveness in 2021 through lower margins, and expects them to continue to be successful in catering to small to medium size transactions. For larger transactions, Greeks have been turning to the remaining top banks, including Credit Suisse, BnP Paribas, and Citibank.

Chinese leasing has also offered a continuous financing lifeline through the pandemic. Petrofin Research calculates that the shipping portfolios of China lessors’ grew by 11.4% year-on-year to $60.5 billion in 2020. “The 2020 Petrofin Bank Research continues to highlight the shift of ship finance to the East and the development of non-bank finance as a key competitor to traditional bank finance. It is difficult to see circumstances whereby the European banks will expand into major lenders in the future, which was the focus until a decade ago,” Petropoulos said. “We do expect, though, an expansion of the number of small ship finance banks in the years to come.”

While leasing is on average 1% higher in cost and takes a longer lead time to secure, it does offer a longer loan profile and a higher loan to asset ratio, said Petrofin. Also, the approval process is less onerous today with the standardisation of documentation. “It appears that the lending capacity of Chinese leasing is such that it is capable of meeting most Greek shipping financial requirements, especially as Chinese lessors’ knowledge of Greek owners increases,” said Petropoulos. Indeed, some of the communication and structural barriers that hindered Greek owners in the past are coming down as Chinese leasing becomes commonplace and familiar, he added.

Further contraction of Western shipping banks is expected as cutting non-core ship financing solutions is “the easy solution”, something that Petropoulos describes as “a shame, as the Greek shipping industry has shown remarkable success, commitment and performance over the years and represents the leading shipping force in the world”.

The public markets have also suffered from the pandemic, with low share prices stunting almost all public shipping companies, according to Petrofin. But improving performance and better investment prospects should prompt an increase in public market activity both in the US as well as Scandinavia, London and the Middle East.

On the equity front, Greek shipping attracted a large number of private equity funds in 2020, some of which were deal driven and selectively lending or investing in specific projects with short horizons. However, Petrofin highlights funds such as Entrust as one to watch for the future, with its interest in private and public shipping groups, and its desire for capital appreciation over a short to medium term.

“In addition, a number of investment/chartering/financing schemes have developed offering the opportunity of limiting owners’ participation to 20% but with a relatively low breakeven and some sharing between owners and financiers of the profits,” added Petropoulos. “Such investment/financial schemes and other tailor made financial products have assisted a number of Greek owners to grow their fleet, ahead of the recent market improvement.”

“With the emergence of such diverse investment and finance possibilities, the financing of a vessel or a fleet has become more complex and interesting,” Petropoulos concluded.