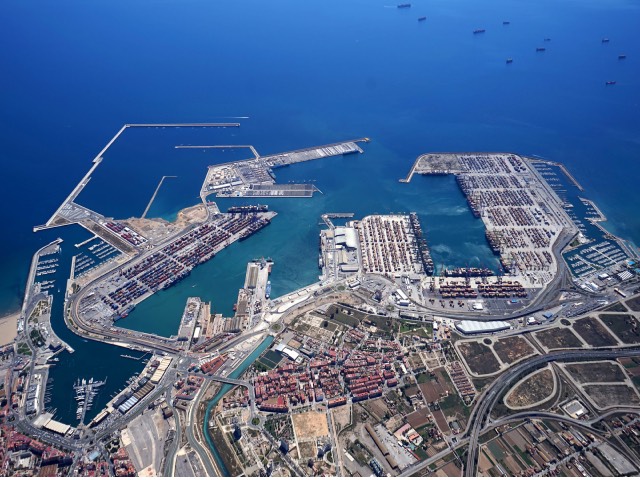 Aurelio Martínez: “In the next few days we will activate the wind energy project in the Port of València”

The president of the Port Authority of Valencia (PAV), Aurelio Martínez, announced that in the next few days “Valenciaport is going to publish the tender for the drafting of the preliminary project for the wind power generation facility for the Port of Valencia, an initiative which, together with others such as the electrical substation, positions us as allies with our environment in the objectives of decarbonisation”.

Martínez made this announcement at the seminar organised by the PAV and the Valenciaport Foundation on World Environment Day, a seminar with more than 100 participants, which was attended by national and international experts who analysed European policies, strategies in different ports and the role of terminals in the fight against climate change. In this webinar, the participants highlighted the proactive and incentive role of the port community in their economic and social environment, which positions them as strategic allies of companies and cities in the fight against climate change and decarbonisation.

Thus, Martínez pointed out that “the Port Authorities consider sustainability as the priority of our management. We have a firm and urgent conviction to adopt measures to mitigate the effects of climate change by playing a proactive role”.  To this end,” he continued, “we are increasing investment efforts in infrastructures that mitigate the effects of climate change in areas such as sea level rise or the increasingly frequent and severe storms (DANAs) and responding positively to the growing pressure to reduce greenhouse gas emissions. To this end, we are working in three directions: shifting fuel demand in power generation from fossil fuels to renewables; reducing waste by increasing recycling and reuse; and shifting conventional bunkering from fuel oil to CO2-neutral alternatives”. 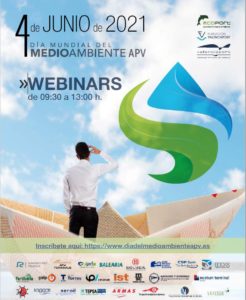 During his intervention, the president of the PAV explained that “the ports have been anticipating actions in this direction for years now. In the case of Valenciaport, we are making progress in various energy generation projects based on photovoltaic installations in Valencia and Gandia or the electrification of the terminals with initiatives that will start soon, such as the electrical substation”. Martínez also recalled other actions being developed by the PAV to promote the decarbonisation of transport, such as the supply of liquefied natural gas (LNG) in ships or the use of hydrogen in machinery and port terminals through the H2Ports project. The president of the PAV has stated that “Valenciaport is committed to this strategy of decarbonisation of maritime transport, and actively participates in various working groups and forums at national and international level whose aim is to advance in the fulfilment of this objective”.

Along these lines, Isabelle Ryckbost, secretary general of the European Sea Ports Organisation (ESPO), indicated that “cooperation between port facilities is essential to develop joint initiatives that reinforce Europe as the first continent with zero emissions. To this end, the relationship between ports and their cities is also important to act hand in hand in decarbonisation. From ESPO, we are working together with the port community on proposals for the implementation of clean fuels and green technologies”. For his part, Juan Bautista Sánchez-Peñuela, Energy Counsellor of the Permanent Representation of Spain to the European Union, explained the different environmental regulations of the European Commission and pointed out the importance of the ports in developing transnational projects within the framework of the European Green Pact. He also highlighted the example of Valenciaport for its active decarbonisation projects in its installations and for the tractor effect it is exerting on the economic activity of its surroundings.

Active commitment of the ports and terminals

During the conference, the projects and initiatives being developed in the Spanish ports were analysed. Obdulio Serrano, from the Sustainability Division of Puertos del Estado, pointed out “the dynamic and catalytic work of the port authorities to integrate the business and social sector of the port and its surroundings in initiatives which maintain and develop the productive fabric and employment linked to the blue economy”.

For her part, Eva Pérez, Director for the Promotion of Innovation and Environmental Sustainability of the Valenciaport Foundation, explained the projects and studies being carried out by Valenciaport to reduce the consumption of ships calling at the Port of Valencia with a view to 2030. “To this end, the electrical substation, which will be operational in 2023, is key to supplying the ships berthed at the docks of the port area and obtaining significant reductions in emissions”, Eva Pérez pointed out. Along these lines, Sven Valentin, general manager of the MSC terminal in Valencia, stressed that “the substation is a priority for the terminals that we operate in Valencia and to favour the reduction of emissions in the calls of ships of 24,000 TEUs”.

At the seminar, Carlos Botana, head of the Sustainability Department of the Port Authority of Vigo, and Rocío López, head of the Environment Division of the Port Authority of Huelva, explained the sustainability actions they are carrying out at their facilities. Finally, Javier Arenas, director of the Tepsa Valencia terminal, Inés Picazo, head of Environment and Sustainability at the Sagunto regasification plant, and Sven Valentin, discussed the specific case of the terminals operating in Valenciaport.