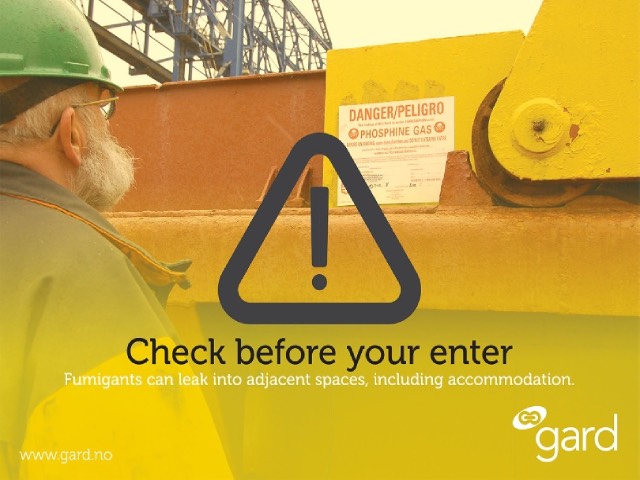 Fumigation is done to target infestations in bulk cargoes like grain and timber. The most widely used fumigant is aluminium phosphide which produces phosphine gas that is poisonous to humans. There have been numerous fatalities onboard ships as a result of the crew having been exposed to the gas.

Most of the incidents handled by Gard typically fall into one of the following categories: