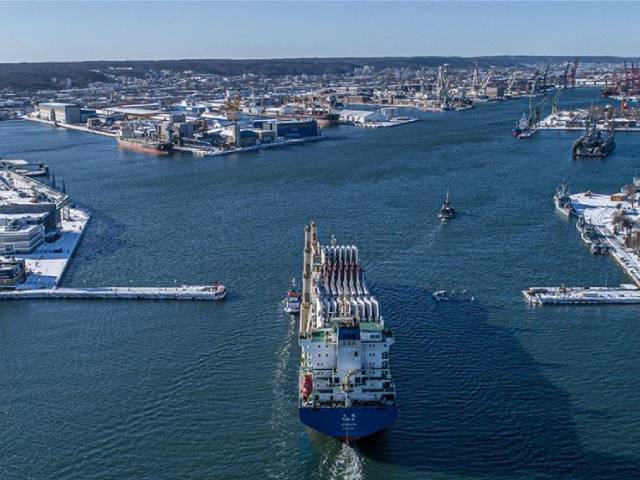 The Port of Gdynia Authority, in view of the development of the offshore industry in Poland, may create the offshore wind terminal on the pier of the Outer Port.

According to internal analyses and ongoing PPP model recommendations for building the Outer Port in the Port of Gdynia, the terminal is expected to be located on the pier of the Outer Port. Hence, such infrastructural settings in Poland would maximise involvement of Polish stakeholders in this endeavour and boost local economic activity (so-called ‘local content’).

From the point of view of the maritime economy, and current ‘Green Deal’ trends, offshore wind energy is a great opportunity for the development of the port, the city, the surrounding region, and Poland as a whole.

The preparation phase of the project is at an advanced stage. If the OWF projects in Poland are to be implemented on time, it is crucial for the Polish government to make a final decision on the location of the offshore wind installation terminal as soon as possible. It is necessary to provide financing and substantive support in the field of obtaining the required approvals and permits.

The project encompasses the construction of a new port pier with new hinterland links (both rail and road connections) where the offshore wind terminal (ca. 30,000 m2) and deepwater container terminal (the main functionality of the new port areas) would be located. The main objective of the project is ensuring the long-term development perspective of the Port of Gdynia. The OW terminal in Gdynia will contribute to the development of the Trans-European Transport Network, through construction and redevelopment of the road and rail connections to the port as one of the nodes of the TEN-T Core Network. The Outer Port will help to reduce the negative impact of freight transport on the environment, enhancing port multimodal potential, as well as fostering the Polish labour market.The offshore wind terminal project is interlinked with the concept of the container terminal facility. The investment (OW terminal) is expected to be realised within 48 months of the governmental decision to locate the new infrastructure in the Port of Gdynia, assuming that all required permits and decisions are made with no delays. The proposed location of the terminal is determined by optimal hydrotechnical and navigation conditions for vessels transporting offshore components.

The Port of Gdynia is a universal modern port specialising in handling general cargo, mainly unitised cargo transported in containers and in a ro-ro system, based on the well-developed network of multimodal connections including hinterland, regular Short Sea Shipping Lines as well as ferry connections (via a ferry terminal). The Port of Gdynia is an important core node of the Baltic – Adriatic Corridor of the Trans-European Transport Network (TEN-T).