MABUX World Bunker Index (consists of a range of prices for 380 HSFO, VLSFO and MGO Gasoil) in the main world hubs) jumped up on March 03: 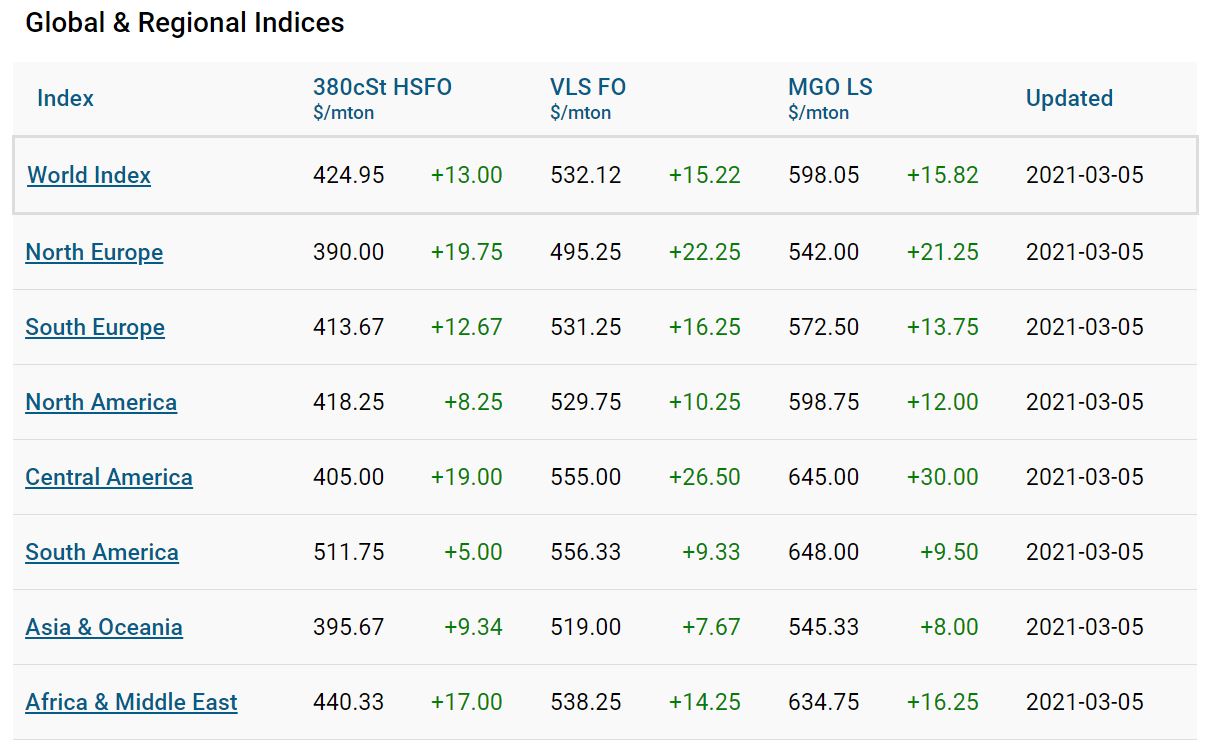 Brent for May settlement increased by $2.62 to $69.36 a barrel on the London-based ICE Futures Europe exchange. West Texas Intermediate for April rose by $2.26 to $66.09 a barrel on the New York Mercantile Exchange. The Brent benchmark traded at the premium of $3.27 to WTI. Gasoil for March delivery added $12.25.

A storage tank in the Ras Tanura export terminal in the country’s Gulf coast was attacked on Mar.07 by a drone from the sea. Output appeared to be unaffected after the barrage of missiles and drones were intercepted. The attacks are the most serious against the Saudi oil installations since a key processing facility and two oil fields came under fire in September 2019, cutting oil production for several days and exposing the vulnerability of the Saudi petroleum industry. That assault was claimed by the Houthi rebels, although Riyadh pointed the finger at Iran. Ras Tanura is capable of exporting roughly 6.5 million barrels a day.