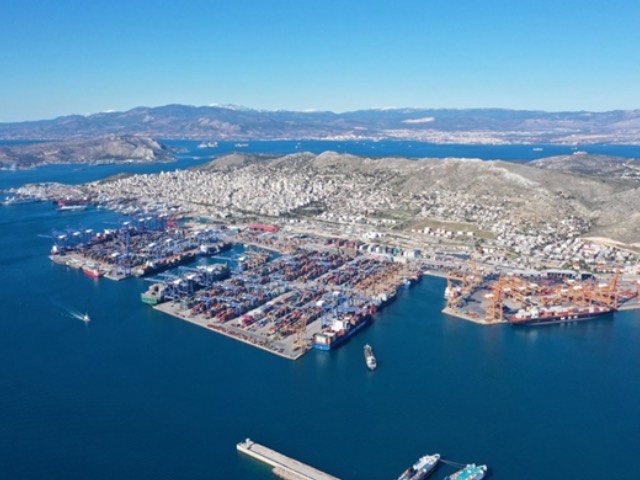 — Thanks to the Belt and Road Initiative (BRI) proposed in 2013 by Chinese President Xi Jinping, who visited Piraeus in November 2019, the ancient port is bustling with fresh vitality and moving towards a promising future.

— Xi suggested in his talks with Greek Prime Minister Kyriakos Mitsotakis that the two sides better synergize BRI cooperation and Greece’s strategy of building itself into an important international logistics transit hub.

— The BRI is not just about business; it is also about connecting people through culture and education so as to form inter-relationships among them.

“No matter how much I search, I cannot find another port that makes me go crazy as much as Piraeus,” goes a popular ballad titled “The Children of Piraeus.”

The song carries the great pride the Greek people take in the Port of Piraeus, a millennia-old harbor situated on the western coast of the Aegean Sea and bearing eloquent witness to the vicissitudes of European history.

Yet the glory of Piraeus, which roughly means “the place over the passage” and stands as Greece’s largest port, had been growing leaden for years until Chinese shipping company COSCO invested in it in 2008 and saved it from the throes of the international financial crisis.

Now thanks to the Belt and Road Initiative (BRI) proposed in 2013 by Chinese President Xi Jinping, who visited Piraeus in November 2019, the ancient port is bustling with fresh vitality and moving towards a promising future.

“Every day here in the port is different,” said Marina Omar, who has worked at Piraeus Container Terminal (PCT) for eight years. 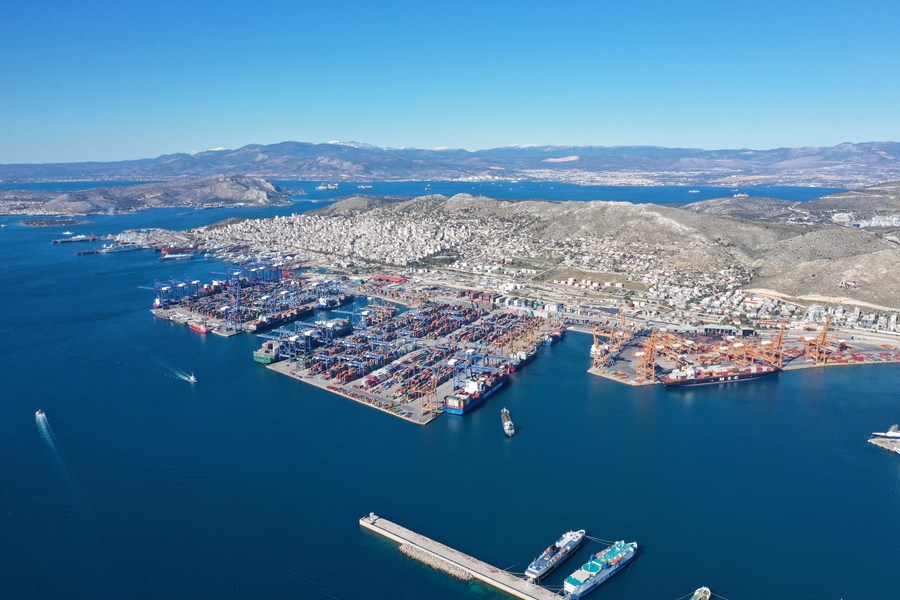 To PCT commercial manager Tassos Vamvakidis, Piraeus is much more than a harbor. The 63-year-old native has been working in the port for 48 years and has developed a deep emotional bond with it.

“No very big investments had been done through the past years in order to promote and push this port to the level it should be,” he recalled. “And it was only when COSCO SHIPPING invested … that the development started.”

In 2009, a COSCO subsidiary started managing the port’s container terminals, placing the then struggling harbor on an upward trajectory and breathing new life into the local economy.

Over recent years, with the BRI gaining steam around the world, fresh vigor has been injected into the growth of Piraeus, which has become not only a flagship project in China-Greece cooperation and also a success in global BRI collaboration. 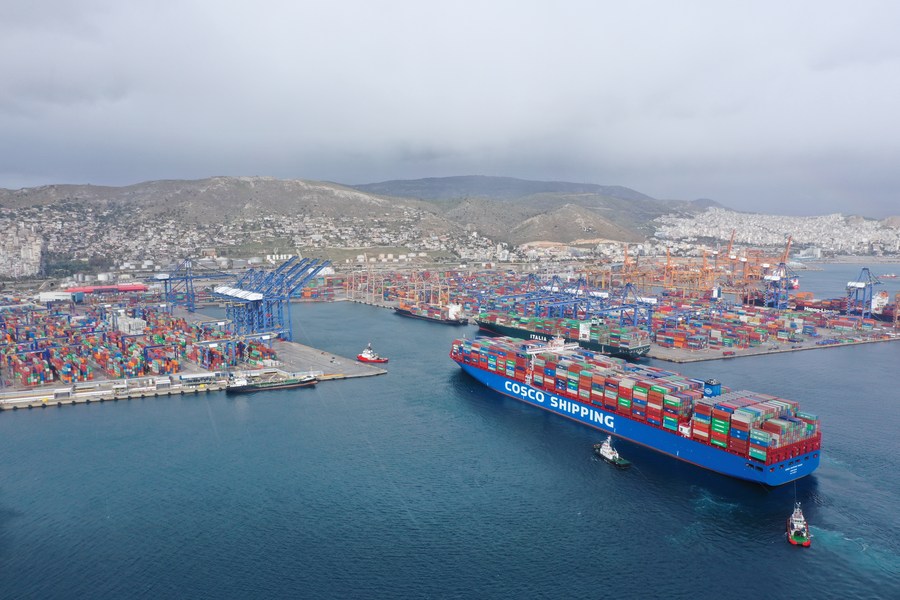 According to a press statement issued by the Piraeus Port Authority (PPA) in May, the port of Piraeus handled a total of 5.65 million TEUs (twenty-foot equivalent unit) in 2019, becoming the top port in the Mediterranean and one of the fastest growing container terminals in the world.

In the eyes of many Greeks, the old-day glory of Piraeus has returned.

Yet encouraged by the fruitful cooperation with China, the Greeks have even bigger plans for Piraeus.

During his visit to Greece, Xi suggested in his talks with Greek Prime Minister Kyriakos Mitsotakis that the two sides better synergize BRI cooperation and Greece’s strategy of building itself into an important international logistics transit hub.

For his part, Mitsotakis said Greece will take an active part in the joint construction of the Belt and Road to build Piraeus into the largest port in Europe and promote Eurasian connectivity. 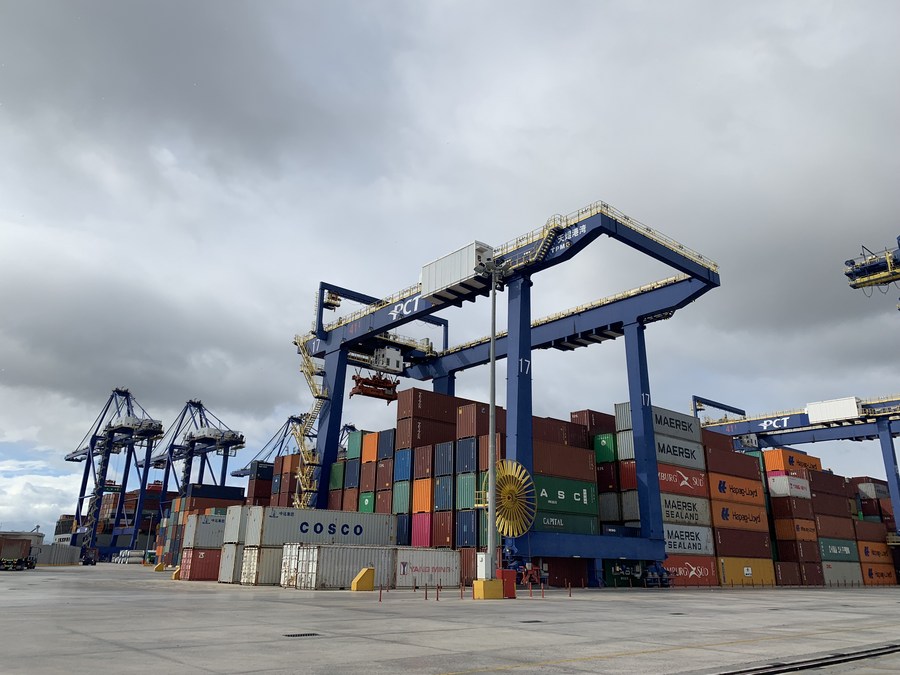 Vamvakidis still vividly remembers the day when Xi visited the port. “They show him the newly-built port … And then they led him to the train station here,” he recalled. “Thousands of words cannot explain what he saw.”

“What I’m expecting for Piraeus is … to be one of the very first three ports in Europe,” added Vamvakidis, proudly citing Piraeus’ connections with Europe, the Balkan Peninsula, the Black Sea, the Atlantic, the Middle East and Africa.

During his Piraeus tour, Xi said that seeing is believing, and what he had seen showed that the BRI is not a slogan or tale, but a successful practice and brilliant reality.

Like a great many others, Omar is a beneficiary of and witness to that change. The 2011 graduate of the renowned University of Athens had a hard time finding a job, as the Greek debt crisis had pushed unemployment up to dreadful levels.

Fortunately, she finally managed to get a job in 2012 in the administration department of PCT, a major employer in the region. Four years later, she received a promotion and went to the marketing department. 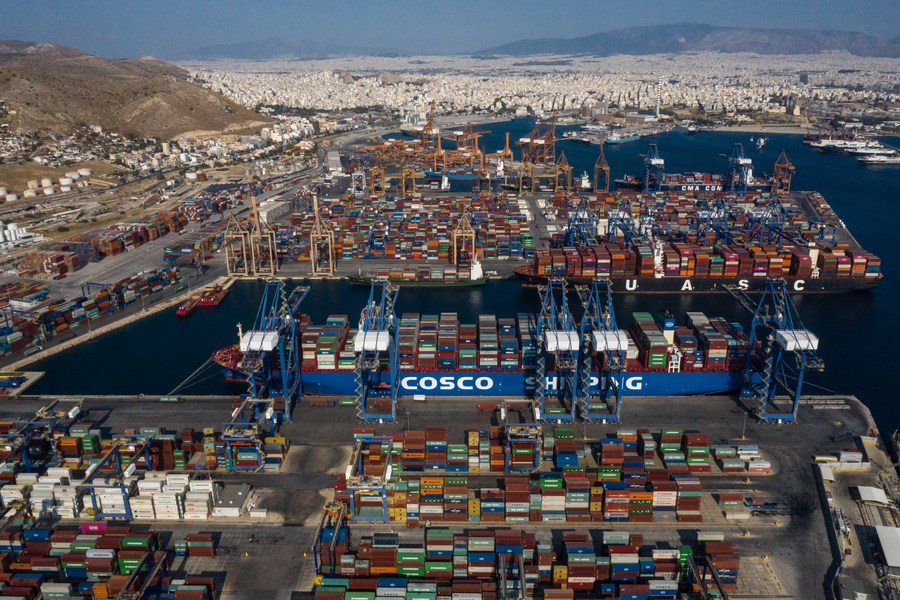 “I have gained experience and a big family which is my colleagues, and my promotion is a personal success for me, which has given me the opportunity to develop,” she told Xinhua.

The BRI, she added, has brought development to many cooperation projects between Greek and Chinese enterprises. “As the years pass and the Belt and Road Initiative is developed, we will have more growth for sure,” she said.

In the eyes of Vamvakidis, the BRI is not just about business; it is also about connecting people through culture and education so as to form inter-relationships among them.

“I have learned a lot of Chinese proverbs … so I have become part of this culture as well,” he said. “Harmony and win-win is also my motto as well.” 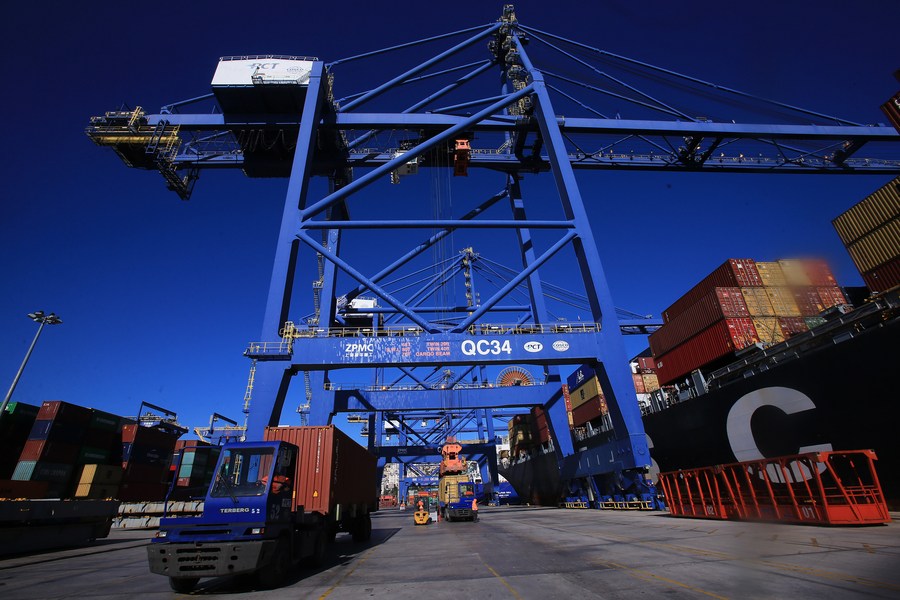 Photo taken on Jan. 16, 2019 shows the container terminal of the Piraeus port in Greece. (Xinhua/Marios Lolos)

Materializing what the BRI is intended for is not only a pleasure, but also an obligation, said the seasoned port manager, whose son is also working at the harbor.

“There is the next generation which comes after us like my son … who works here to promote further development of the Piraeus Port,” he added.