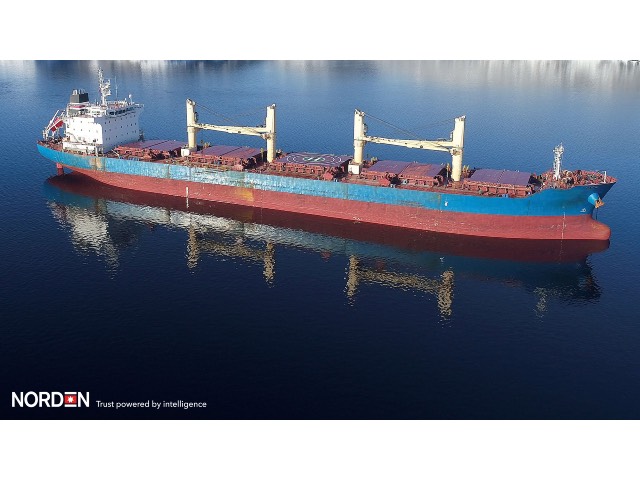 NORDEN is aiming to be amongst the top three players in the handysize sector in the Pacific, after launching its new service out of Singapore last month.

“Our customers have been crying out for NORDEN to start servicing them on handysize,” said Christian Vinther Christensen, head of Dry Cargo.

“We are already a major player in the panamax and supramax segments, and now we can extend the same good service to our handysize clients.”

GrainCorp – which has been working with NORDEN for over 10 years, transporting grain all over the world – is one such customer.

“We need flexible solutions to deliver to our customers – especially in terms of size,” said van Adrichem. “NORDEN has always been a close partner as we value their responsiveness, their passion for the business and their expertise in the transport of grain,” he added.

GrainCorp was already using NORDEN’s handysize service in the Atlantic and was the first to jump aboard the new service offering in the Pacific – transporting Australian milling wheat destined for consumers in South East Asia.

The renewed presence in the Pacific amplifies the existing 100 ships currently operated by NORDEN in the handysize segment.

The service is headed by Rasmus Takechi-Hansen in the Singapore office who joined NORDEN in October: “I have only been with NORDEN a few weeks, but the teamwork and customer focus is impressive,” he said. “Our small handy team in Singapore is fully supported by colleagues in Vancouver, Melbourne, Shanghai and Dubai who all have handysize experience.”

Rasmus Saltofte, Head of Handysize Worldwide said he had high ambitions for growth of the business: “Handysize is a complicated business which takes a lot of skill, knowledge and connections but we have a unique structure where our many satellite offices can canvass cargoes in all corners of the world.

“We aim to be a top three player in Asia,” he added. “People don’t expect us to enter something and do it by halves.