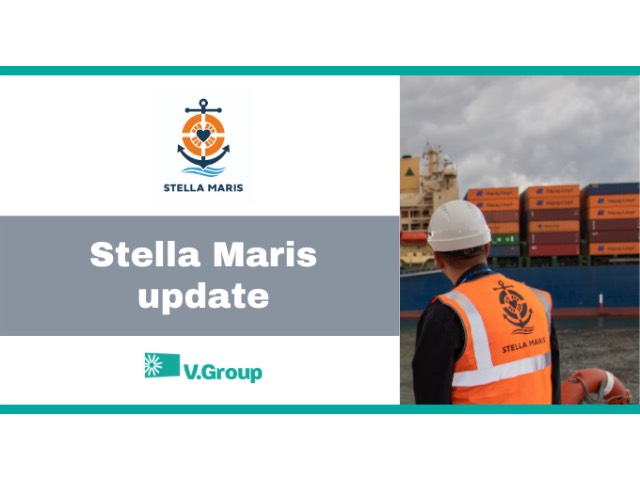 In a recent interview with the Financial Times, Graham Westgarth, V.Group’s Chairman Elect, discussed the importance a worldwide governmental response to the crisis. It’s important, he argued, that we recognise seafarers as key workers in order to facilitate the essential crew changes which protect their wellbeing and in turn reduce the threat to global trade. “Lockdown measures designed to combat the pandemic have left as many as 400,000 seafarers stranded on their vessels, past the expiry of their contracts,” said Graham. “That is almost half the 1m seafarers estimated to be at sea at any time.

“As well as the human cost, this crisis is a threat to global trade, just as countries are trying to revive their economies. These ships transport about 90 per cent of all the goods traded around the world — from cars and laptops to oil and food. Trade slowed in the early stages of the pandemic, with many ships either slow steaming or sitting at anchor awaiting instructions. But in recent months, we have seen trade return to normal.

“But treating seafarers as key workers and adopting supporting measures would at least give us the chance to put in place safe corridors to bring crews in and out of port, with testing regimes to ensure they do not have the virus.

Graham concluded: “Now is the time for concerted, global action to tackle the issue head-on and help free the thousands of seafarers trapped by Covid-19.”

Crew wellbeing has been front and centre of V.Group’s efforts since the pandemic began earlier in the year. In July 2020, we introduced Stella Maris with the announcement that James Muir, Chief Commercial Officer for Ship Management, was appointed as a board trustee for the seafarer charity. In this update, we hear directly from Stella Maris on their activity throughout 2020 and the challenges facing the maritime industry in the months ahead while as many as 400,000 seafarers continue to be trapped at sea beyond their contract.

In its centenary year, the global maritime charity Stella Maris is playing an increasingly pivotal role in supporting seafarers around the world.

In a normal year its 1,000 chaplains and volunteers undertake around 70,000 ship visits in 330 ports across 59 countries, helping seafarers and their families deal with issues ranging from assault and bullying to abandonment, piracy and bereavement. The visits play a crucial role in the physical and mental wellbeing of seafarers by helping them communicate with home, taking them into ports for shopping and amenities, providing warm clothing and reading material, and generally being a trusted friend in a foreign port.

But this, of course, is not a normal year.

During the pandemic the precautions and enforced distancing has meant swiftly adapting to a different approach to seafarer wellbeing – and tackling issues of a scale and magnitude never seen before.

The relationships built up over many years between ships’ crews and Stella Maris mean that seafarers know where and how to get help. The breadth of its international network means it can work not just in a port, but over time and distance to reassure crews, their families and shipping employers alike. However, it is the countless individual acts of kindness and charity that have made the difference during this pandemic.

Hundreds of welfare packages have been delivered to vessels, comprising essentials such as PPE equipment, toiletries and foodstuffs, which reminds seafarers that their plight is not forgotten or ignored – an essential yet subtle way of ensuring morale is sustained. The most vital service has been helping seafarers stay in touch with their families. Providing internet access in ports through MiFi Units has been essential in easing worries and reassuring families back home. When this has not been possible, remotely providing top-up cards for mobiles has become the new normal. One volunteer in North England alone helped provide cards to approaching 1,000 seafarers – some as far away as North Africa.

Those seafarers contracting Coronavirus have endured the added pain of facing the disease on their own away from the support of loved ones. The Stella Maris chaplain in Santos, Brazil, worked closely with the local authorities and was informed of every seafarer who was admitted to hospital to make sure help was available to them. Likewise, in Montevideo, Uruguay, the local chaplain visited a cruise ship where 60% of the crew were struck down with COVID-19, and at personal risk regularly visited those in hospital to ensure they were well supported before being repatriated. In Manila, the chaplain and four volunteers locked themselves down in three seafarer centres for over 150 days in order to look after 120 Filipino seafarers in transit between their homes and their ships.

Around the world, Stella Maris has worked tirelessly to advocate for the repatriation of seafarers, provided food vouchers to seafarers and their families who have been unable to return to work, and worked with industry to reassure seafarers that everything is being done to bring them home.

Sadly it has also had to support more bereaved crews and families than ever before. During the summer, two separate crews were shocked following the sudden death of a colleague. As their vessels had to depart the UK, Stella Maris ensured that chaplains in their next ports of call in the USA and in Germany were there ready to support the crews when they docked.  It also contacted the family of one of the deceased seafarers in the Philippines to provide much-needed information and support. In the three months from March, it supported more crews where a suicide had occurred than in all of 2019, highlighting the true cost of the stress this pandemic is causing seafarers.

There are lighter moments. A Filipino seafarer on board one of the world’s largest container vessels contacted the Stella Maris chaplain the day before arriving in Felixstowe. When the vessel had docked and the unloading was complete the chaplain delivered the seafarer’s essential request to the bottom of the gangway – a total of 30 Big Macs. Sometimes it is the little (or the big) things that make all the difference. 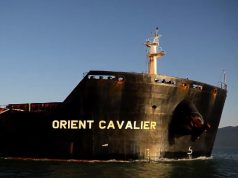 Interorient Shipmanagement vessel MV Orient Cavalier, the largest ship ever to sail into the Port of Ploče, Croatia 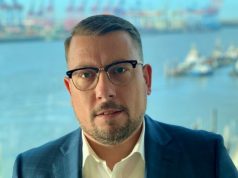 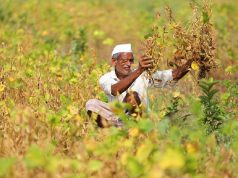