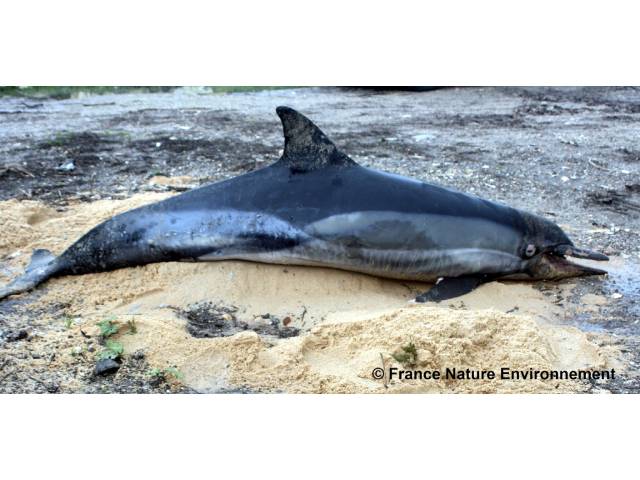 90,000 dolphins have died in fishing nets in the northeast Atlantic in the past 30 years. Shockingly, more than 18,500 of these died in the past two years alone,in French waters in the Bay of Biscay.With peak strandings occurring between December and March each year, no measures are in place to prevent unnecessary dolphin bycatch and death this coming winter.

Scientists from the International Council for the Exploration of the Sea (ICES) have identified bycatch as the main threat to this dolphin population and called for a closure of the fisheries responsible. In order to be effective, the closure should cover the entire Bay of Biscay for the whole peak period for dolphin bycatch – 1 December 2020 to 31 March 2021.

Another global call to protect dolphins and other cetaceans from the risk of extinction came from hundreds of scientists and conservationists, who stressed that accidental capture in fishing equipment and nets is by far the biggest threat to cetaceans. This bycatch kills an estimated 300,000 whales, dolphins and porpoises a year, worldwide.

France is not doing enough to adequately safeguard the common dolphin, which is strictly protected under the European Habitats Directive. As the Technical Measures Regulation clearly states that Member States must adopt measures to ensure this species is duly protected,the European Commission has launched the first step of an infringement procedure for breach of European environmental legislation.France has also been invited by the European Commission to submit joint recommendations with Spain and Portugal– whose fishing vessels are similarly culpable in the Bay of Biscay – to lay out the management measures they will put in place to protect this species.

With peak dolphin-stranding season fast approaching, prompt action is needed. Unfortunately, the joint proposal put forward by France, Spain and Portugal isinadequate to prevent dolphin deaths and does not follow the recommendations proposed by scientists. Despite the legal pressure at European level and scientific advice to close fisheries in the area, French Minister Annick Girardin announced her refusal to close the French fisheries responsible for dolphin catch, even in the event of an increase in dolphin deaths.

The Minister judges the current data ‘insufficient’ to get a good understanding of the dolphin population status and thus to justify the closure of fisheries activity in the area. Seas At Risk’s member France Nature Environnement, in its response to the Minister’s announcement,highlighted where scientific data on the population status was lacking, but went on to state that the imminent threat of bycatch to the species is well defined, and the precautionary principle thus must apply.

In light of the likely failure of France, Spain and Portugal to resolve the problem, the European Commission remains the sole hope for preventing unnecessary dolphindeaths this winter. Under the Common Fisheries Policy, the Commission could adopt emergency measures to temporarily close the fisheries concerned. Such an intervention would solve the situation in the short term, while motivating France, Spain and Portugal to find suitablelong-term measures.