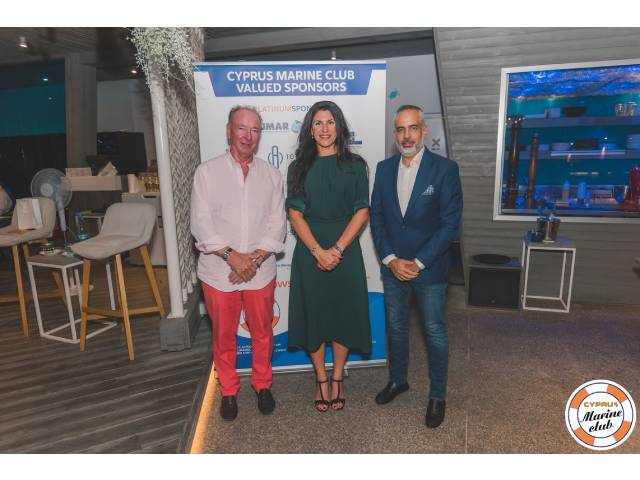 President of Cyprus Marine Club, Captain Eberhard Koch, in his opening statement, advised that he was very happy about the high number of participants at the event as well as the positive membership development and warmly announced the special guest of the evening.

To the role of the interview’s Moderator, Cyprus Marine Club nominated once again Mrs. Muriel Matta, Founder and Owner of Maravilhosa, as well as friend and an active member of the Club. Mrs. Matta started her interview with brief introduction of the Minister and shortly after, challenged him with dozen of insightful and penetrating questions. The Minister was very eagerly   sharing his views  related but not limited to:- the promotion and modernisation of the Cyprus Maritime Administration / his plan for the formulation of a long-term strategy for Cyprus shipping with a vision and concrete objectives for the next two decades / the negative impact of COVID on Cypriot economy and for the shipping sector /  difficulties in crew changes due to the COVID 19 travel restrictions/  boosting Maritime education/ prospects for women in Maritime Industry/  green transformation of the sector (global and regional measures such as the inclusion of shipping to the EU ETS)/ promoting healthy lifestyle and his plans which involve running in Limassol. Mr. Demetriades has even announced his idea of RUNNING FOR SEAFARERS – the invisible heroes of shipping- which would take place during the Cyprus Maritime in October 2021.

The Minister discussed with Mrs. Matta and the members, the digitalization of SDM which he deems feasible in around one year’s time.

Mr. Demetriades also announced ideas of creating a stronger platform/ channel of communication between Government and ship-Cyprus owners who could serve the ministry as advisors and contribute their vast experience in taking up challenges facing shipping industry.

Last but not least, The Minister disclosed to Members his hobbies – Running and DJing and shared his story around his nickname BLUE CAPTAIN which originated in Brussels circles.

The engaging   interview concluded at 19:20 hrs and brought further fascinating conversations among an enthusiastic audience, who explored interesting topics with Mr. Demetriades and continued sharing their thoughts during the cocktail and rich buffet that followed and lasted until very late evening.

The CMC Interview at Marina Beach Bar attracted around 100 people which is a great result, considering many people’s dilemma of social distancing due to Covid Pandemic.

We would like to express our appreciation to PNS Management & Team as well as all guests for complying with all COVID 19 regulations and taking precautions throughout the event.

The Cyprus Marine Club is a non-profit organization that embraces and encourages a plethora of maritime industry stakeholders for friendly membership. Ship Owners, Ship Managers, Crew Managers, Service Providers & Suppliers, Agents, Terminal Operators, Legal and Financial and more, come together with a focused effort to promote and celebrate the Cyprus maritime industry and share experiences. 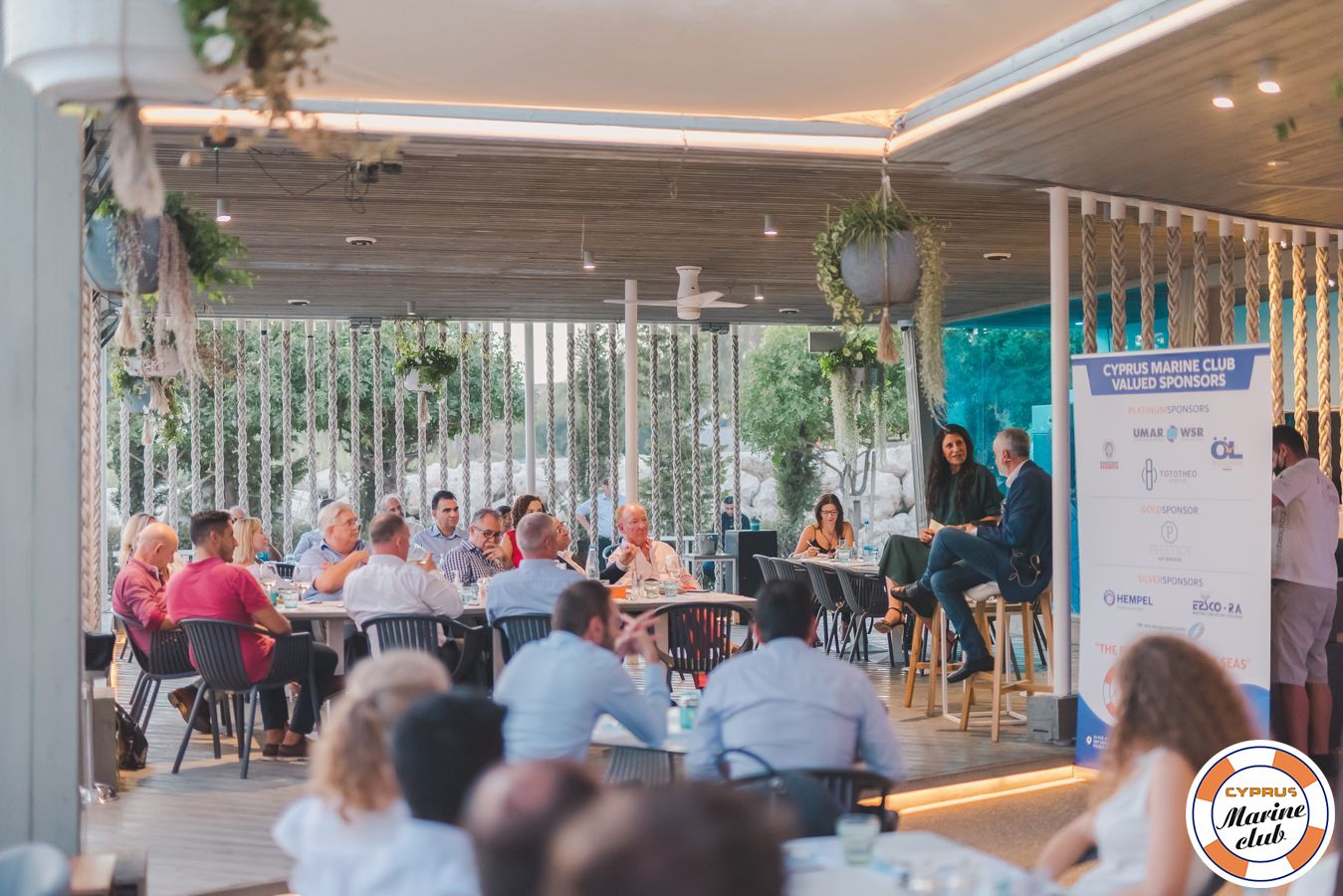 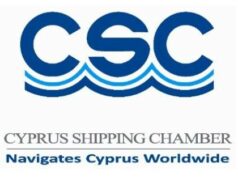 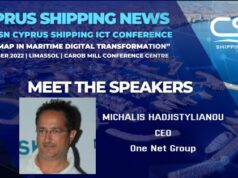