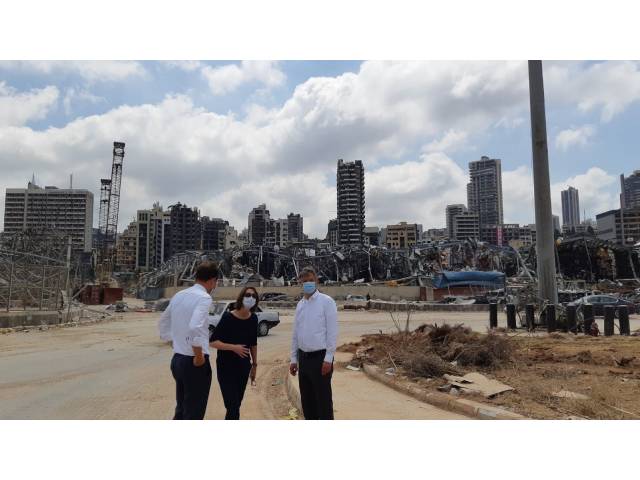 Last week, a small delegation of officials from the Dutch Ministry of Foreign Affairs travelled to Beirut together with the Port of Rotterdam Authority. This public mission was organised to determine how the Netherlands can support Lebanon in rebuilding its port.

The restoration of the port of Beirut is of crucial importance for the throughput of food and other basic necessities. The findings of this mission will be used to establish what needs to be done for the port to return to full operations in the short term, and which steps need to be taken in the context of its structural rebuilding.

During a recent European donor conference, the Dutch Minister for Foreign Trade and Development Cooperation Sigrid Kaag offered Lebanon the Netherlands’ help in rebuilding the port of Beirut. The Netherlands has extensive experience in developing port areas and realising port infrastructure. The Port of Rotterdam Authority will share its knowledge in this area and support the restoration of Beirut’s port under the aegis of the Dutch government.

Baltic Dry Index as of April 20