Cyprus Shipping News
Home World Union-busting, yellow unions, and mobbing: what it means to be a union... 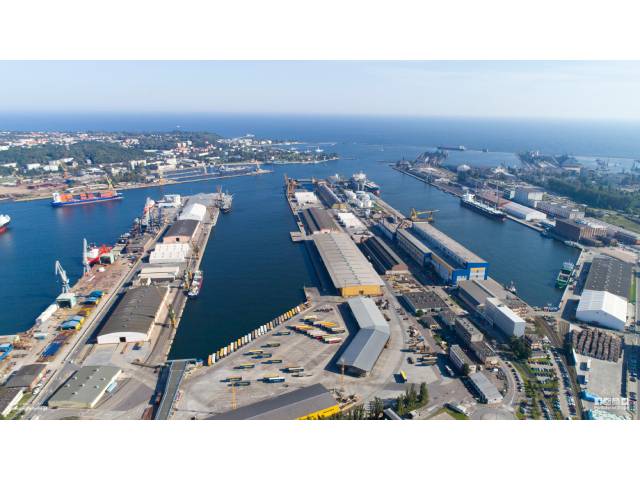 ITUC’s Global Rights Index 2020 was published recently, offering a glimpse into the state of workers’ rights around the world. The report highlights some of the companies violating workers’ rights, a number of them in the transport sector. Among the companies, there is a collection of airlines, and one port – Port of Gdynia.

The report mentions one particular case in Gdynia, a collective dispute of last year, where the employer refused to engage in talks regarding the lack of training of newly admitted people, particularly in dangerous work.

To explore the situation further, we spoke to Adam, a trade union representative of the ETF affiliate NSZZ Solidarność, who shared his experience with the various different employers that operate in the port. The issues go much further than the one case, and unions face a number of actions that are aimed at restricting their activities.

“In the Port of Gdynia, there are several different terminals, and each of them is under a different terminal operator. This situation came about in the nineties when parts of the port were privatised, and the management of terminals was open to private operators.

For unions, it means that we now have to negotiate not just with one employer, but with several different ones, all of whom offer different contracts and working conditions to their employees. Diverse unions have membership in terminals, and according to the current legislation, all of us need to agree on our negotiating positions for agreements to be valid. Employers have made sure that this is very difficult to achieve because we have to deal with situations where the independence of some of the trade union organizations is under a big question.

When I think of the main examples of union-busting in the past few years, the case of a union member dismissal in one of the terminals first comes to mind. In 2017, a union was established there and soon after, the union’s vice chairman received a disciplinary note and was fired. This was clearly aimed at intimidating the workers and dissuade them from joining the union. Ever since we’ve been disputing this action in court, and the employer has used a number of anti-union tactics to try to stop us. They’ve used private detectives to follow the chairman, dragged his personal life and family in the case, and more.

There are many other cases and anti-union actions we’ve lived through. Basically, if you open a book of all the anti-union strategies – in Port of Gdynia, we’ve seen them all.

The case that was mentioned in the ITUC report happened in another terminal. We were part of a collective dispute there when the employer refused to provide training. That specific situation is currently under control, and after a year of collective dispute, an agreement was signed. It says that a newly employed person must undergo at least 104 hours of basic training on the work performed in his position. This is a milestone. Before, it often happened that a new employee was immediately sent to work on their first day. When they asked: “But what should I do, I’ve never worked in a port before!” the answer they got was: “Do you see “John”? He stands over there – do what he does.” This negotiating experience again confirmed that perseverance is the key – there is no way we would have achieved this without collective workers’ action.

Currently, we’re negotiating for a regulation on the health and safety in ports as part of our campaign for better safety. We’re working on an agreement with all the different employers in the port sector and the government, and we hope to be met with a will to negotiate on their side. The safety situation is far from adequate at the moment.

No matter what happens during these and any future negotiations and actions, one thing is true – we won’t give up. This is not the easiest place for union action, but that only makes it more important to keep trying.”

Several goals have already been achieved with the support of ETF in terms of strengthening unions and capacity building, but much remains to be done to increase union density and make workers’ voice heard, to fight against exploitation and unfair working conditions.

New challenges are on the horizon, mostly related to further developments and terminal expansion in the Port of Gdynia over the coming years, and ETF will continue to give support to the consolidation of workers’ strength and the respect of their rights.