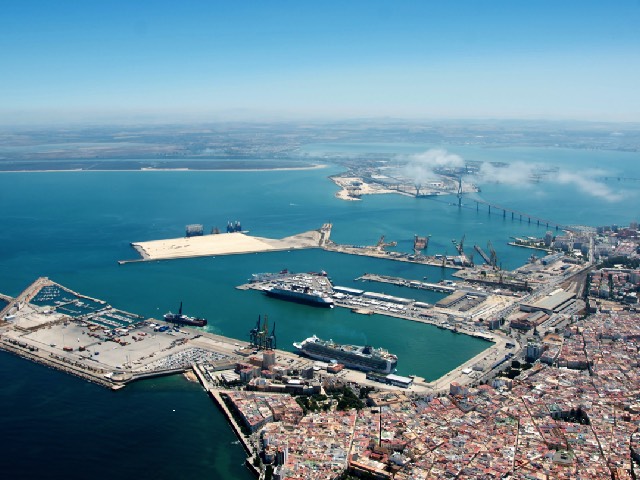 Cádiz-Port, the Association of the Port Community of Cádiz, addressed the possibilities of development of the renewable energy industry in the Bay by holding its first round table on the 1st of July: “Renewable Energies and the Industry of the Bay of Cádiz. A look at the future”. An initiative that forms part of the Neo Cadiz Bay project, in which one of its main objectives is the creation of a debate on the current scenario of Renewable Energy in Spain, and the strategic and legal mechanisms necessary to transform the Bay of Cadiz as a logistical vector in this sector.

The welcome was given by Rafael Fernández Bernal, president of the Cádiz-Port association. The premiere and presentation of the project’s promotional video took place at this time, under the slogan “Neo Cádiz Bay, we are ready”. Rafael Fernández states that the good response obtained in both calls, with more than a hundred registrations from a total of 5 countries, demonstrates the great interest in the project, as well as, the key positioning of the Bay of Cadiz in the sector.

The debate, moderated by Captain Antonio Padrón and Santiago, was also attended by Javier Sánchez Rojas, President of the Cadiz Business Confederation, as a special guest.

The video of the round table is available on the YouTube channel of Cádiz-Port: https://www.youtube.com/watch?v=yCAMM7gMUps

From September, it is planned to define the next dates for the seminars that will address the other two sectors on which the project is based: the naval and the offshore industry.