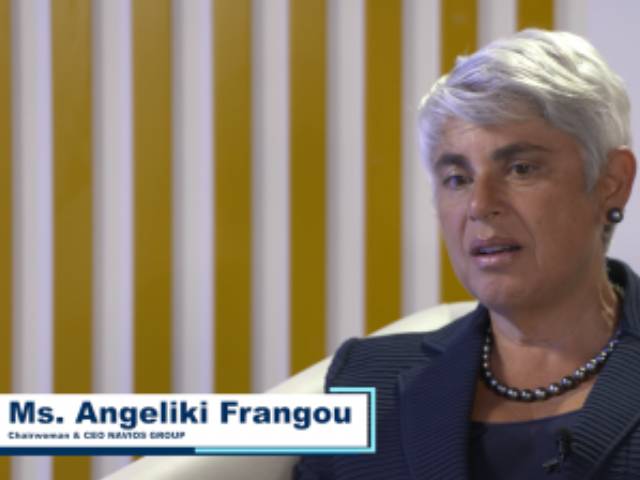 Angeliki Frangou, Chairman and Chief Executive Officer, stated, “While the humanitarian crises caused by the pandemic has been heart breaking, we have also been strengthened by the courage and compassion of the first responders, particularly the many dedicated health care workers. I am proud of the members of the Navios family as they have shown admirable resilience during this unprecedented time of uncertainty, and we have taken the necessary measures to ensure safety of our people while keeping our fleet functioning.”

Angeliki Frangou continued, “For the first quarter of 2020, Navios Holdings reported revenue of $91.1 million, Adjusted EBITDA of $28.7 million and a TCE equivalent of $7,082. We experienced weak charter rates in the drybulk market in the first quarter and so far in the second quarter. Year to date 2020, the capesize 5TC rate averaged around $5,000 per day versus the 2019 average of $18,000 per day. We anticipate growth in the second half of the year as global economic activity returns.”

In May 2020, the Company took delivery of the Navios Magellan II, a newbuilt Panamax vessel of 82,037 dwt under bareboat charter.

In March 2020, the Company took delivery of the Navios Galaxy II, a newbuilt Panamax vessel of 81,789 dwt under bareboat charter.

Navios Europe II, an entity in which Navios Holdings holds a 47.5% economic interest, is the owner of seven container vessels and seven dry bulk vessels. As of March 31, 2020, Navios Holdings had a receivable of approximately $31.5 million from Navios Europe II. Following the decision of the shareholders of Navios Europe II in May 2020 to liquidate the structure, a Special Committee of the Board of Directors comprised of independent directors, approved the allocation of assets. As part of the transaction, it is anticipated that Navios Holdings will receive cash subject to working capital adjustments at closing and will acquire two unencumbered Panamax dry bulk vessels. Closing is expected to occur during the second quarter of 2020. No assurances can be provided that definitive agreements will be executed or that the transaction will be completed in whole or in part.

In June 2020, the Company entered into a secured loan agreement with Navios Shipmanagement Holdings Corporation, a wholly owned subsidiary of N Shipmanagement Acquisition Corp. (collectively “NSM”) for a loan of up to $50.0 million to be used for general corporate purposes. The terms and conditions of the secured loan agreement were approved by a Special Committee of the Board of Directors comprised of independent directors. The loan agreement will be repayable in 18 equal consecutive quarterly installments from the initial drawdown. Principal payments that fall due during the first year following the initial drawdown may be deferred, at the Company’s election, in whole or in part. The loan agreement provides for interest at a rate of 5% annually (and 7% annually for deferred principal amounts). No amount has been drawn to date.

Navios Holdings controls a fleet of 52 vessels totaling 5.6 million dwt, of which 34 are owned (including five bareboat-in vessels) and 18 are chartered-in under long-term charters (collectively, the “Core Fleet”). The fleet consists of 17 Capesize, 27 Panamax, six Ultra-Handymax and two Handysize vessels, with an average age of 7.6 years.

The above figures do not include the fleets of Navios South American Logistics Inc. (“Navios Logistics”) and vessels servicing contracts of affreightment.

See Exhibit I under the heading, “Disclosure of Non-GAAP Financial Measures,” for a discussion of EBITDA, Adjusted EBITDA, Adjusted Net (Loss)/Income attributable to Navios Holdings’ common stockholders and Adjusted Basic Loss attributable to Navios Holdings’ common stockholders per share of Navios Holdings (including Navios Logistics), and EBITDA of Navios Logistics (on a stand-alone basis) and a reconciliation of such measures to the most comparable measures calculated under U.S. GAAP.